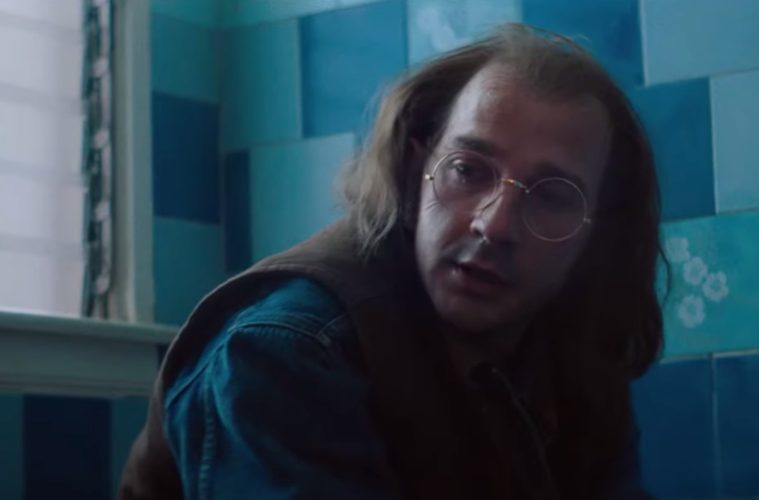 Shia LaBeouf has once again gone meta, starring in (and writing) Honey Boy, a film based on his own experiences with his alcoholic father, played by LaBeouf himself. Playing the character inspired by LaBeouf across different time periods in his contentious upbringing as a childhood TV star is both Lucas Hedges and Noah Jupe. Directed by Alma Har’el, who last gave us the beautiful documentary Love True, and shot by The Neon Demon cinematographer Natasha Braier, it premiered at Sundance and will now arrive this fall. Ahead of the release, Amazon Studios have debuted the first trailer timed with LaBeouf’s acclaimed new film The Peanut Butter Falcon.

I said in my review from Sundance, “Written by Shia LaBeouf, Honey Boy could have easily been a satire of his much-publicized last decade, with his headline-making performance act and legal troubles. To the film’s benefit, LaBeouf and director Alma Har’el rather go much more in-depth (and farther back), taking a deep-rooted look into the actor’s traumatic childhood. Whether intentionally intended or not, this earnest endeavor does wonders to enact sympathy and overturn any negative public perception of his outbursts, even if it can feel more like self-therapy than a fully-formed film.”

From a screenplay by Shia LaBeouf, based on his own experiences, award-winning filmmaker Alma Har’el (Bombay Beach, LoveTrue) brings to life a young actor’s stormy childhood and early adult years as he struggles to reconcile with his father and deal with his mental health. Fictionalizing his ascent to stardom, and subsequent crash-landing into rehab and recovery, Har’el casts Noah Jupe (A Quiet Place) and Lucas Hedges (Boy Erased, Manchester by the Sea) as Otis Lort, navigating different stages in a frenetic career. LaBeouf takes on the therapeutic challenge of playing a version of his own father, an ex-rodeo clown and a felon. Dancer-singer FKA twigs makes her feature-film debut, playing neighbor and kindred spirit to the younger Otis in their garden-court motel home. Har’el’s feature narrative debut is a one-of-a-kind collaboration between filmmaker and subject, exploring art as medicine and imagination as hope through the life and times of a talented, traumatized performer who dares to go in search of himself.