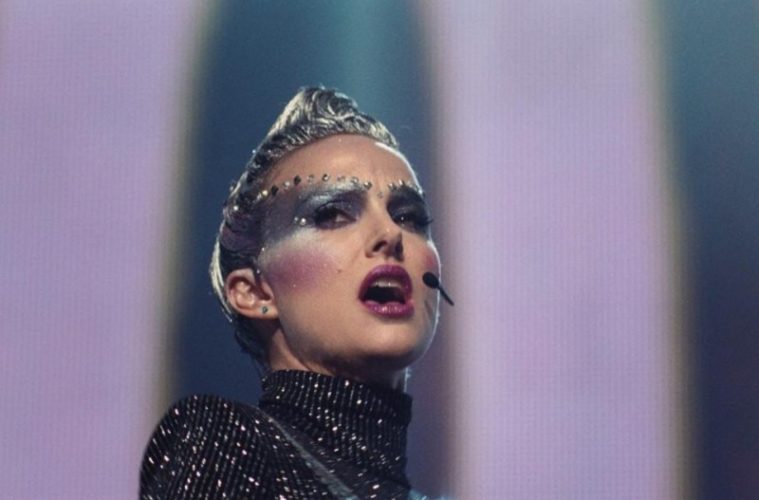 After leading one of the most formally interesting, bold studio films of the year with Annihilation, Natalie Portman is back this fall with two festival premieres, one of which we’ve been anticipating for some time. Debuting at the 75th Venice International Film Festival is Brady Corbet’s musical Vox Lux. Also starring Jude Law, Raffey Cassidy, Stacy Martin, Jennifer Ehle, the first look has now arrived, which can be seen above.

Clocking in at 110 minutes, Corbet’s follow-up to The Childhood of a Leader follows Portman as Celeste, “a young woman who survives a traumatic shooting and goes on to become an international pop sensation. The 15-year odyssey, set between 1999 and present day, tracks the cultural evolutions of the 21st century via her unique gaze.”

Cinematographer Lol Crawley (45 Years) will reteam with Corbet to shoot in 65mm. Featuring a score by Mica Levi (Under the Skin, Jackie), Sia will contribute original songs to the soundtrack. Along with the first look, check out some early sales art below and return for our review.