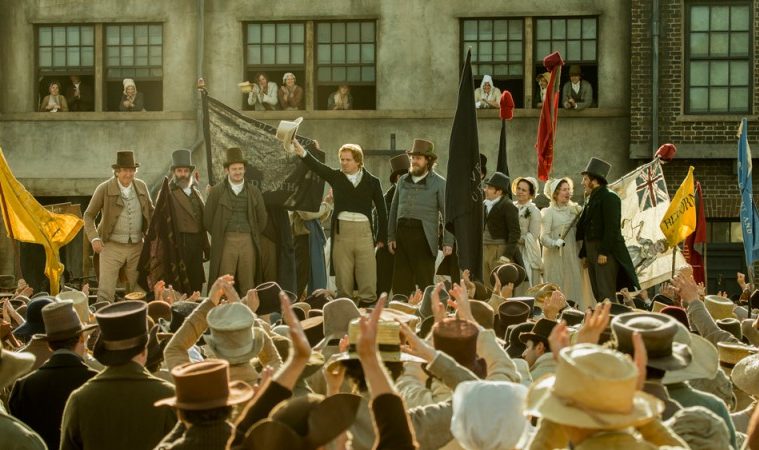 If there’s one sure bet for the 2018 Cannes Film Festival, it’s the latest film by Mike Leigh. Most recently, the director stopped by the festival with Another Year and Mr. Turner, and now he’s finishing up his new film, Peterloo. The story follows the British government facing off against 60,000 during a protest in which 15 died with more having numerous injuries.

The first image has now been revealed, featuring Henry Hunt (Rory Kinnear) addressing the crowd of reformers as they gather at St. Peter’s Field ahead of the massacre. “There has never been a feature film about the Peterloo Massacre,” Leigh said. “Apart from the universal political significance of this historic event, the story has a particular personal resonance for me, as a native of Manchester and Salford.”