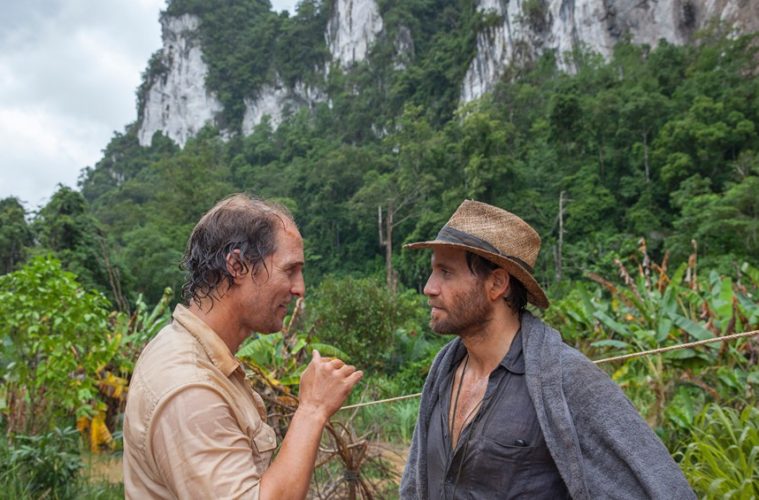 Two films we’re looking forward to recently kicked off production and seemingly in an effort to combat low-quality unofficial set photos, they’ve already released their first images. First up, Syriana helmer Stephen Gaghan is finally back in the director’s chair with Gold. Led by Matthew McConaughey and Edgar Ramirez, seen above (via EW), the story follows a geologist and prospector who venture into the Indonesian jungle where they start mining and a scandal erupts. Also starring Bryce Dallas Howard, Corey Stoll, Bruce Greenwood, and Toby Kebbell, The Weinstein Company will likely distribute it next fall.

Next up, Mel Gibson is also back in the director’s chair for the first time since 2006’s Apocalypto. Hacksaw Ridge is a World War II drama which features Andrew Garfield as Desmond T. Doss, “a medic and the first conscientious objector to win the Congressional Medal of Honor after saving dozens of soldiers during the Battle of Okinawa.” With shooting kicking off in Australia, Variety have the first photos which can be seen below for the film also starring Vince Vaughn, Sam Worthington, Luke Bracey, Teresa Palmer and Rachel Griffiths.

Expect both films to premiere next year.

Are you looking forward to the above projects?