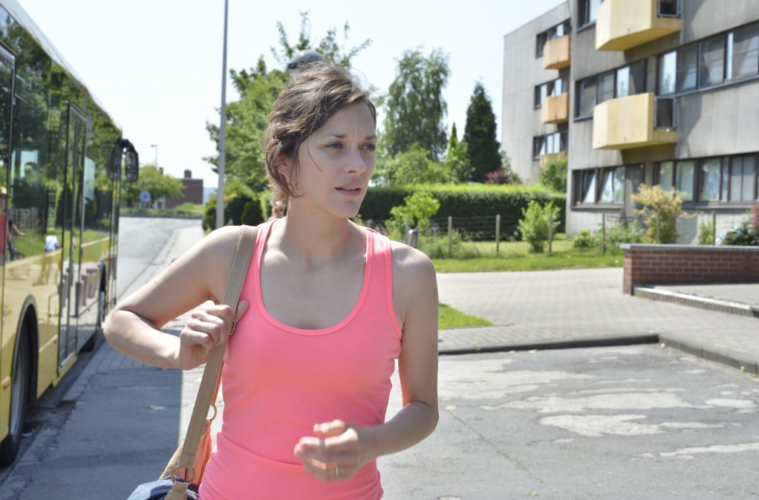 First Images of Marion Cotillard In Dardennes’ ‘Two Days, One Night’ Ahead of Expected Cannes Debut

It was just over a year ago when we exclusively revealed that Marion Cotillard would be taking the lead role in the next film from the talented Belgian duo of Luc and Jean-Pierre Dardenne. Following up The Kid with a Bike, we’ve now got the first images from the highly anticipated Deux Jours, Une Nuit (translated to Two Days, One Night). The film follows her alongside Fabrizio Rongione (Rosetta) as her husband, with Cotillard’s character, Sandra, having a weekend to see colleagues and convince them to give up their bonus so she can keep her job.

French distributors Diaphana reveal that a May 21st, 2014 release date is in the works in their country, which means a Cannes debut is all but guaranteed, something the Dardennes told us was in the works early last fall. Sundance Selects has the U.S. rights for the drama, and we’d expect a release later this fall from them. Meanwhile, Cotillard is off shooting Justin Kurzel‘s Macbeth with Michael Fassbender, something she’ll be keeping her French accent for. As we await the Cannes line-up on April 17th, check out the images from her latest film above and below. Are you looking forward to the next film from the Dardennes?