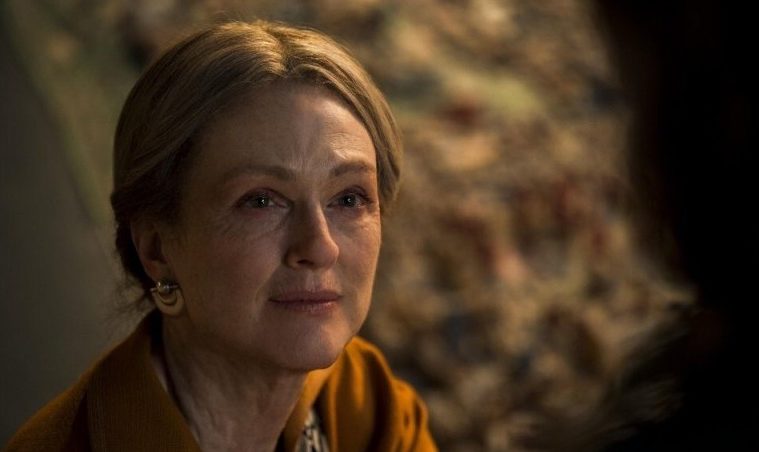 So much is happening in our terrible, awful, horrible world that it can be easy to forget about the Cannes Film Festival kicking off in just one week. But what a festival it shall be! Likely so good, in fact, that it’s just as easy to overlook the presence of a new Todd Haynes picture — for a short while longer. Our first look at his Carol follow-up, Wonderstruck, arrived today in the form of three stills showcasing stars Julianne Moore, Millicent Simmonds, Oakes Fegley, and Jaden Michael. Much? No. A source of excitement? We need not even explain.

His adaptation of the novel by Hugo author Brian Selznick follows a story that oscillates between two deaf children: a boy, Ben (Fegley), in Minnesota circa 1977 who’s dealing with the death of his mother (Michelle Williams); and a girl, Rose (Simmonds), in New Jersey circa 1927 who ventures to New York to meet her idol, an actress named Lillian Mayhew (Moore). But wait, there’s more: the 1927 segment is reportedly presented in the style of a silent film to illustrate the young girl’s perspective, a decision only befitting the sort of form-obsessive filmmaker who’d give us Poison, I’m Not There, and Velvet Goldmine.

Look for our review of Wonderstruck when it premieres at Cannes, and for more coverage up to (and likely well after) it begins a U.S. release on October 20, followed by a wider roll-out in mid-November.

After a botched bank robbery lands his younger brother in prison, Constantine Nikas (Robert Pattinson) embarks on a twisted odyssey through the city’s underworld in an increasingly desperate—and dangerous—attempt to get his brother out of jail. Over the course of one adrenalized night, Constantine finds himself on a mad descent into violence and mayhem as he races against the clock to save his brother and himself, knowing their lives hang in the balance.