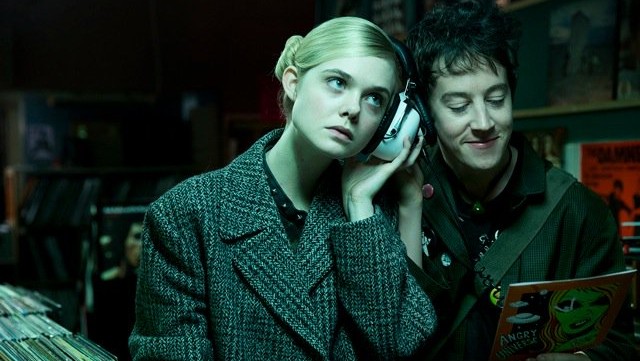 First Images From ‘How To Talk To Girls At Parties,’ ‘Zeroville,’ ‘Free Fire,’ and More Today brings new images from a batch of films likely arriving this fall, the majority coming from A24. First up, perhaps our most-anticipated of the group is John Cameron Mitchell‘s adaptation of the Neil Gaman short story How To Talk To Girls At Parties. Led by Elle Fanning and Alex Sharp (seen in the first still above), the cast also includes Nicole Kidman, Ruth Wilson, and Matt Lucas.

One can see the synopsis below, followed by the first image from the Zoe Kazan-led horror feature There Are Monsters, from The Strangers director Bryan Bertino, as well as Ben Wheatley‘s star-studded actioner Free Fire, executive produced by Martin Scorsese. The only one not in the hands of A24 is James Franco‘s adaptation of Steve Erickson‘s Zeroville, which features the cast of Seth Rogen, Jacki Weaver, Megan Fox, Will Ferrell and Danny McBride.

John Cameron Mitchell, director of the acclaimed films Hedwig and the Angry Inch and Shortbus takes us to an exotic and unusual world: suburban London in the late 70s. Under the spell of the Sex Pistols, every teenager in the country wants to be a punk, including our hopeless hero Enn. Hearing the local punk Queen Boadicea is throwing a party, Enn crashes the fun and discovers every horny boy’s dream; gorgeous foreign exchange students. When he meets the enigmatic Zan, it’s lust at first sight. But these girls have come from a lot further away than America. They are, in fact, aliens from another galaxy, sent to Earth to prepare for a mysterious rite of passage. When the dark secret behind the rite is revealed, our galaxy-crossed lover Enn must turn to Boadicea and her punk followers for help in order to save the alien he loves from certain death. The punks take on the aliens on the streets of London, and neither Enn nor Zan’s universe will ever be the same again. From the creator of The Strangers comes a world of the lost; freezing spitting needles of rain, thunderbolt lightning, hypothermic cold and disorientating utter darkness. Mother and daughter trapped and tormented in a black forest by a screeching creature – it is unlike anything we have heard before. Not human. Not animal. Like a thousand horses, like a mother’s clamour, a baby’s wail, a father’s howl. Their relationship at breaking point, 10-year-old Lizzy is all out of faith in her mother Kathy (Elisabeth Moss) but tries to stay brave and fearless. Kathy, on the edge, barely keeping it together, knows that only a mother’s protective love, her most primal instinct, can save her daughter from what’s lurking in the darkness…

What should be a routine arms deal in a warehouse goes spectacularly wrong in an explosive gunfight. When the smoke clears, a handful of survivors fight for their lives.

A proto-punk Forrest Gump comes to Hollywood…. Join VIKAR (James Franco), a wide-eyed innocent in love with the movies, on one wicked trip to the heart of a pulsating, kaleidoscopic Hollywood. Naïve newcomer to the City of Angels, carrying nothing but his “outsider” past and a huge tattoo of Montgomery Clift & Elizabeth Taylor inked on his shaved skull; driven by the allure of cinema to the glittering temptations of Zeroville; a town where anything goes. Encounter the parasites, the punks, the wannabes, the power-brokers and the crazies: meet VIKING MAN (Seth Rogen) – gatekeeper to all the right parties, a cigar-chomping surf hippie; Vikar’s eccentric Hollywood guide. You’ll encounter: the livewire super-agent RONDELL (Will Ferrell, uncredited); foul-mouthed industry veteran DOTTY (Jacki Weaver); the sinister FINANCIER (Danny McBride); sexy femme fatale SOLEDAD (Megan Fox) – a haunted “dame”, the electric charge to trigger Vikar’s breath-taking dive into the captivating world where movies are made. Profoundly magical, funny, unsettling, and gorgeous – a love letter to Los Angeles and provocative satire of America’s fascination with itself, its cult of celebrity; a vision of the death of Old Hollywood.