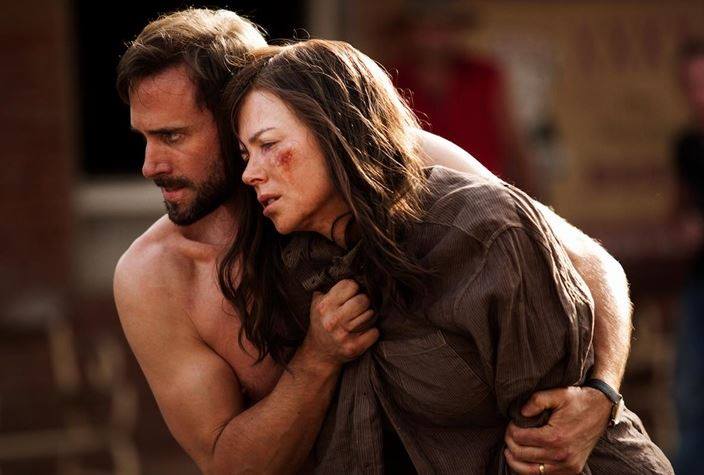 While she’ll be opening the Cannes Film Festival with Grace of Monaco — a film we might not actually get to see in the United States for a long time, as a Harvey Weinstein-spearheaded editing battle continues — it won’t be the only project featuring Nicole Kidman. Wild Bunch will be selling distribution rights for the Australian drama Strangerland and today brings the first still and new synopsis.

Recently wrapping up production, one can see a weathered Kidman and co-star Joseph Fiennes above in the drama that marks the narrative debut of Kim Farrant. Also starring Hugo Weaving, the script by Fiona Seres and Michael Kinirons follows the couple as Catherine and Matthew Parker, whose marriage is pushed to the brink when their two teenage children disappear into the remote Australian desert and they are forced to confront the mystery of their children’s fate. Check out the extended synopsis below.