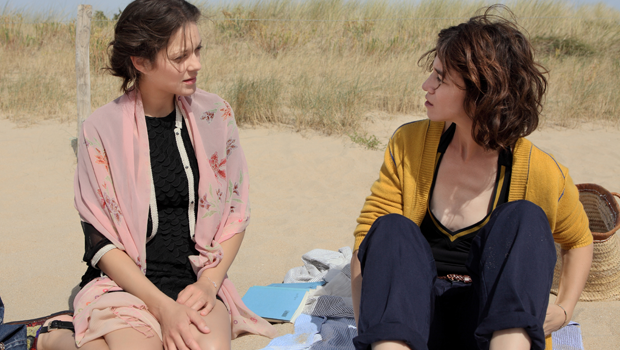 Considering it debuted at Cannes over 19 months ago, it’s reasonable that Arnaud Desplechin‘s My Golden Days can get a bit lost in year-end discussion, but for those that haven’t seen, they are missing out on one of 2016’s best films. Thankfully it took little time for the director to finish his next feature, Ismaël’s Ghosts, and now the first official look has arrived.

“I think all the characters that I depicted in Ismaël are dealing with what you call in America “a second chance.” They are not that young; they are in their ‘40s,” the director told us earlier this year. “They are fighting for a new life, to reinvent themselves. It seems to me that, in My Golden Days, they were inventing themselves. But this time, it’s about the second chance — when you have to reinvent yourself. So it’s a different plot. The plot is quite different.”

Led by Marion Cotillard, Charlotte Gainsbourg, Mathieu Amalric, and Louis Garrel, the story follows a filmmaker whose life is sent into a tailspin by the return of a former lover just as he is about to embark on the shoot of a new film. Ahead of a likely Cannes premiere next year, Wild Bunch have released the first still, which shows off the two female leads. Check it out below for the highly-anticipated film, along with the first official synopsis.

Ismaël Vuillard makes films. He is in the middle of one about Ivan, an atypical diplomat inspired by his brother. Along with Bloom, his master and father-in-law, Ismaël still mourns the death of Carlotta, twenty years earlier. Yet he has started his life over again with Sylvia. Sylvia is his light. Then Carlotta returns from the dead. Sylvia runs away. Ismaël rejects Carlotta. Driven mad by these ordeals, he abandons the shoot for his family home in Roubaix. There, he lives as a recluse, besieged by his ghosts.