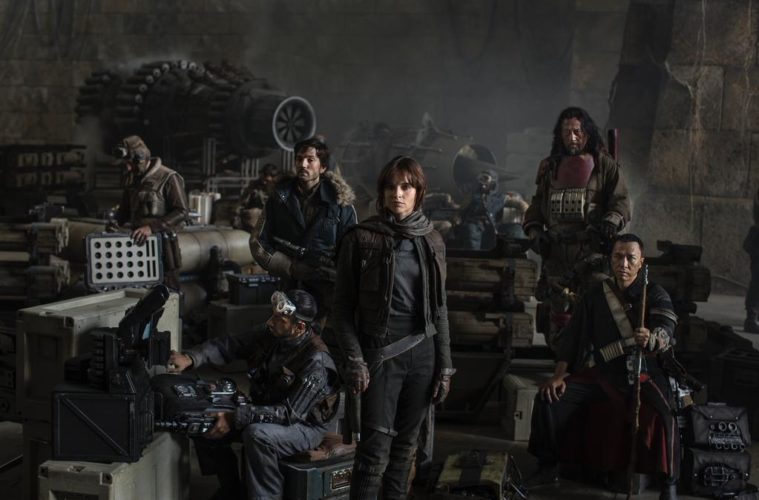 Right up above is the first official image from Star Wars: Rogue One, the series’ first anthology film and the next endeavor from Godzilla‘s Gareth Edwards. With a cast that features Felicity Jones, Diego Luna, Riz Ahmed, and Donnie Yen (all pictured), it’s said to follow the efforts of a pre-New Hope Rebel team seeking the plans for the original Death Star. (Mads Mikkelsen and Alan Tudyk have also joined the cast.) While not yet confirmed, this rumor’s been following it since the outset; with a release set for December 16, 2016, we may have some time to come before that all becomes clear.

What has been confirmed is the director’s position on Star Wars: Episode IX — yes, a film that’s four years away and the second sequel to something that won’t be released for another four months — and it goes to Colin Trevorrow, whose career chart is bizarre: a low-grossing Sundance title (Safety Not Guaranteed) to box-office juggernaut (Jurassic World) to cinema’s biggest franchise. Having shown he can produce results in that sandbox, however, the job goes to him, and given that he’s been at the center of Star Wars rumors for three years, this is hardly surprising — or, frankly, inspiring — news. In the meantime, he’ll focus on the Naomi Watts-led Book of Henry — by all accounts, a much smaller endeavor.