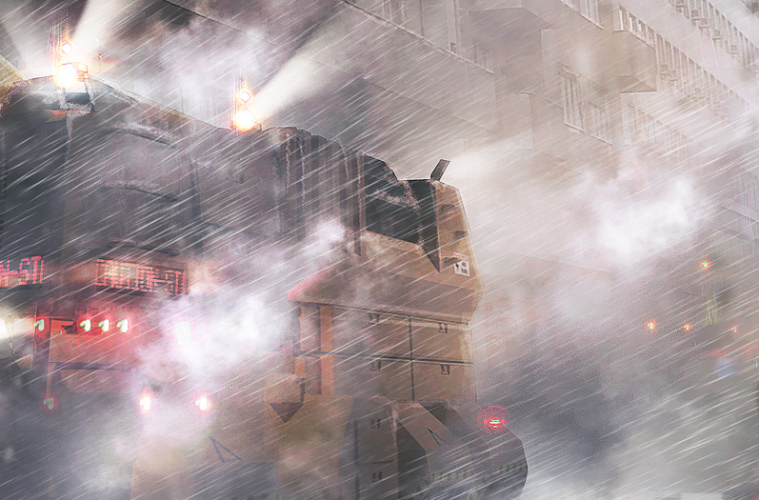 “[Hampton Fancher] told me that Blade Runner was a dream. We just have to dream again and not worry too much about logic. That removed so much pressure and gave me the key to move forward,” Villeneuve tells EW, who has debuted the first concept art. “The climate has gone berserk — the ocean, the rain, the snow is all toxic,” he adds, as we can see in the two pieces below, one of which features a snow blower of sorts that “destroys snow.” Unfortunately, we’re not going to get many more plot details than that, but the director does say, “Failure is not an option.”

Check out the pieces of art below. Update: See another piece of concept art below.