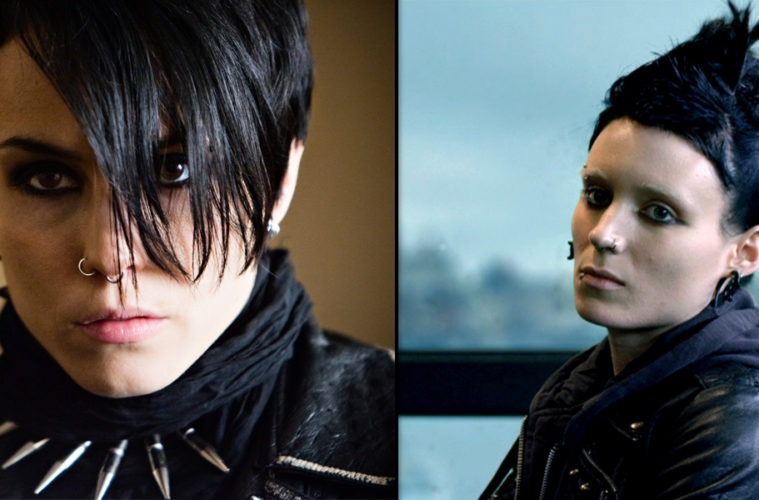 ‘Dragon Tattoo’ Side by Side: Contrasting David Fincher and Niels Arden Oplev’s Thrillers

“It’s a great movie,” David Fincher said when it comes to the original The Girl with the Dragon Tattoo. However, the original’s director Niels Arden Oplev didn’t have quite as kind of words when it came to his take getting remade. “The only thing that’s annoying to me is that the Sony PR machine is trying to make their Lisbeth Salander the lead Lisbeth Salander. That’s highly unfair because Noomi [Rapace] has captured this part and it should always be all her.”

A few years down the line and the dust settled, perhaps Oplev proved a point as it’s looking clearer every day that we won’t be getting any Hollywood versions of the sequels. Today now brings a video essay comparing and contrasting the American and Swedish versions. Coming from Keyframe‘s Kevin B. Lee — who did a similar piece for Insomnia — it takes a look as a specific climactic NSFW scene, each handled quite differently. Check it out below following his explanation of the differences.

As with the two versions of Insomnia, the Hollywood version is edited with considerably more briskness (each shot lasts an average of 2.6 seconds, compared to 4.6 in the Swedish version), while the Swedish version stretches out the action to create more room to meditate on the shocking magnitude of Lisbeth’s vengeance. There are slight variations in characterization: Rooney Mara’s Lisbeth is more confrontational, especially towards the end of the scene when she states her terms unconditionally to Nils. Noomi Rapace’s Lisbeth is more workmanlike, delivering her demands while busily strapping Nils down for the pièce de résistance of her revenge act. The final act itself is treated with remarkable differences between the two versions.

Which version do you prefer?