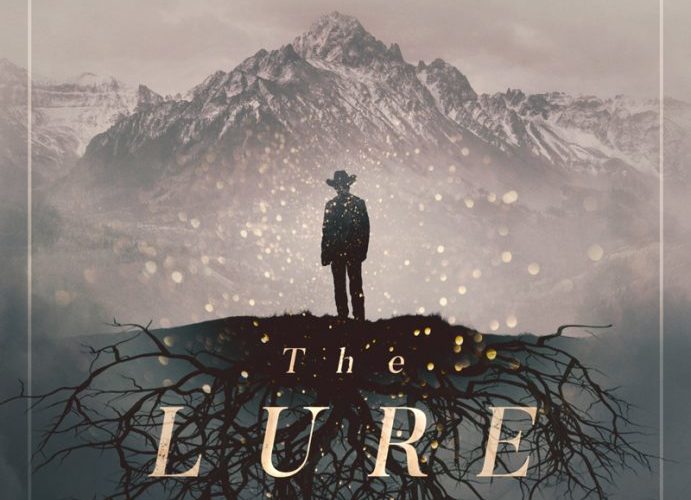 DOC NYC Review: ‘The Lure’ is a Wake-Up Call to Explore

You can’t take it with you. It’s a saying we’ve all heard that leads some to donate charitably, others to invest in real estate, and more to siphon offshore for tax-free inheritances. For Forrest Fenn—an eccentric Air Force veteran and history buff that amassed his fortune selling artifacts and fine art in his gallery—it meant assuring his legacy. Diagnosed in 1988 with terminal cancer, he filled a ten by ten “treasure chest” with gold and jewels estimated around three million dollars. Fenn ultimately survived his ailment, deciding around age 80 to hide the wealth in the Rocky Mountains. He then wrote a cryptic poem providing clues to its whereabouts and to this day continues answering emails and conducting interviews about this bounty lying in wait.

It’s a crazy story that’s brought nearly ninety-five thousand prospectors—professional and amateur alike—to the area for the hunt. People have gone missing in their search and some have even died, the latest body having been discovered in July 2016. But more keep coming because the attraction of adventure and wealth is too much to deny. They eat up Fenn’s clues and the declaration that some have been within two hundred feet of pay dirt in the past. To newcomers it’s just a matter of finding an area they like that has been trekked before and scour it for any sign of the box’s whereabouts. Some say it’s a lie, others that it’s been found without the victor admitting so. Fenn says he’d know if it were.

It was only a matter of time before someone took notice and decided to make a movie about this aging millionaire and the dedicated treasure seekers hanging on his every word. Enter Tomas Leach and his documentary The Lure, itself a provocative title that on first blush seems to remark on the endeavor being a game. Perhaps Fenn is simply enjoying himself as devotees risk everything for something that doesn’t exist, luring their adventurous spirits out to give them something to hope for that shakes them from the doldrums of an otherwise suffocating malaise. Either way Fenn becomes a hero—if you can look past those who’ve met their end in his name. He’s potentially making someone rich and in the meantime helping thousands more feel alive.

Leach doesn’t treat this subject matter as a lark like so many of the archived newscasts he splices in, however. He enters from a place of emotion and how this circus has affected those who’ve embraced it. While there are probably a ton of greedy opportunists out there looking with GPS technology and no love for the gorgeous natural expanses surrounding them, Leach has ignored them to find a select few engaged in a journey of self-discovery. There are some who have taken on this mission as a means to free themselves from societal constraints and release themselves from self-imposed prisons erected by depression, ambivalence, and a lack of dignity. For them this isn’t about success. It’s about catharsis. Nothing is more powerful and Leach knows it.

So we meet these travelers in a place of humor at their situations. Amanda Fry and Paulina Longenbaugh talk about wish lists for when they succeed. David Rice explains how he merely wants to brag that he found it, take some pictures, pocket a couple souvenirs, and put the box back where it was. Katya Luce revels in the chase, always laughing excitably because she knows this is exactly where she wants to be. And Mike Cox sets out with compass and walking sticks in-hand, searching without maps because he knows where he wants to go before setting out and only goes there before returning home to decipher another perfect spot. They’re having fun like we all should, but it’s so much more than that too.

Interspersed with their escapades and majestic New Mexican Rocky Mountain environments are heart-on-sleeve admissions about why they have all converged in the American west. Tragedy has hit some whether physical or mental; revelries of hope and determination have given others reason to keep going despite bags of medication and chemo IV drips. The Lure quickly sheds any anecdotal intrigue to peel back the layers of our psyche and discover what it is that truly drives us forward. Even when it comes to the architect of this whole scenario, reflection and mortality lead the way. Fenn sought to give what he could no longer use, his mission to provide the world purpose in his own small way. And for many he has at lengths he may never truly know.

Fenn has become a boon for Rocky Mountain tourism, leading many to journey towards a part of our nation they’ve likely dismissed in the past. There’s a spiritual aspect to what Leach captures beyond the humans populating his film. I can’t say I’m not emboldened to travel west myself to camp and climb those peaks rising up. For me Leach’s greatest success is in finding the story’s melancholy with lines like Cox asking his son if the spot they’ve found looks like a good place to die. It’s about sleeping under a starry sky unburdened by city smog or electric lights. Maybe Fenn’s treasure will one day change someone’s life in a material way. Maybe it won’t. In the meantime, though, it’s calling us to awaken and explore.

The Lure had its world premiere at DOC NYC.