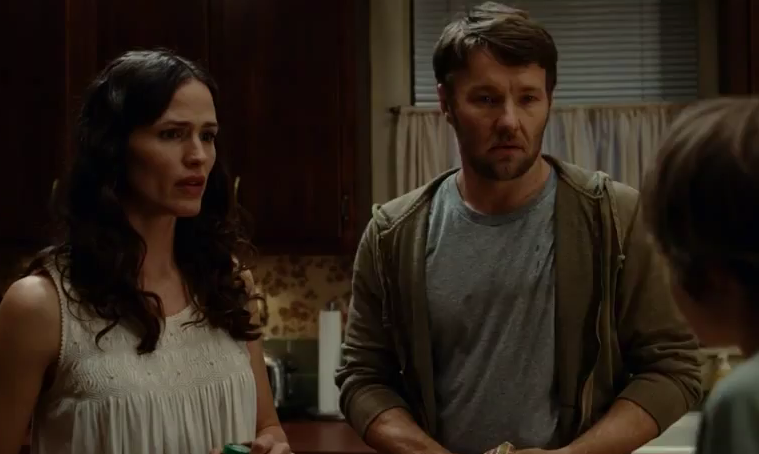 Peter Hedges, The director of Dan in Real Life and author of What’s Eating Gilbert Grape is back with his latest film, The Odd Life of Timothy Green. The family-friendly Disney drama is based on Ahmet Zappa‘s story and a screenplay from Hedges. Animal Kingdom star (and lead of the upcoming The Thing remake, as well as Kathryn Bigelow‘s Osama bin Laden film) Joel Edgerton plays the husband of Jennifer Garner.

We know have the first trailer sent over by a reader and it definitely has the Disney gloss, but I look forward to anything Edgerton is a part of. I hope the magical elements don’t come off too hokey, since that creeps up in the trailer. Check it out below for the film also starring CJ Adams, Ron Livingston, Dianne Wiest, Odeya Rush, Rosemarie DeWitt, Lin-Manuel Miranda, M. Emmet Walsh, Lois Smith, and Common. Academy Award®–nominated director/writer Peter Hedges (“Dan in Real Life,” “What’s Eating Gilbert Grape”) brings enchantment to the screen with “The Odd Life of Timothy Green,” an inspiring, magical story about a happily married couple, Cindy and Jim Green (Jennifer Garner and Joel Edgerton), who can’t wait to start a family but can only dream about what their child would be like. When young Timothy (CJ Adams) shows up on their doorstep one stormy night, Cindy and Jim—and their small town of Stanleyville—learn that sometimes the unexpected can bring some of life’s greatest gifts.

Disney has yet to set a release date, but I would expect sometime next spring.

What do you think of the first trailer for The Odd Life of Timothy Green?