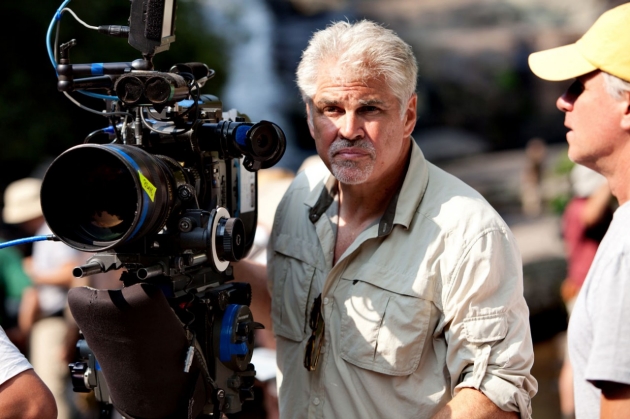 After exiting the battlefield that was The Hunger Games, Gary Ross may be swallowing some pixie dust for a live-action psuedo-prequel to Peter Pan. THR lets us know that the director is in talks with Disney to helm Peter and the Starcatchers. The studio recently hired newcomer Jesse Wigutow to adapt Dave Berry and Ridley Pierson’s 2004 novel, which gives the backstory to the iconic figure of Peter Pan. The Broadway adaptation of the novel has already been nominated for nine Tony Awards and winning five of them.

This attachment comes as no surprise, as Ross has been known to heavily switch up genres for his project, after helming Seabiscuit and Pleasantville. Considering he also succesffuly launched a franchise that will certainly bring in billions of dollars, one can bet he has his cream of the crop when it comes to what he wants to direct. There’s no telling if he’ll stay with Summit and direct their Houdini film, but hopefully we’ll get news soon on his next project — and I certainly wouldn’t mind him heading to Neverland. Check out the synopsis for the novel below via Amazon:

Don’t even think of starting this bookunless you’re sitting in a comfortable chair and have lots of time. Afast-paced, impossible-to-put-down adventure awaits as the young orphan Peter and his mates are dispatched to an island ruled by the evil King Zarboff. They set sail aboard the Never Land, a ship carrying a precious and mysterious trunk in its cargo hold, and the journey quickly becomes fraught with excitement and danger.

Discoverrichly developed characters in the sweet but sophisticated Molly, the scary but familiar Black Stache, and the fearless Peter. Treacherous battles withpirates, foreboding thunderstorms at sea, and evocative writing immerses thereader in a story that slowly and finally reveals the secrets and mysteries of the beloved Peter Pan.

Do you think Ross is a good fit for Starcatchers?