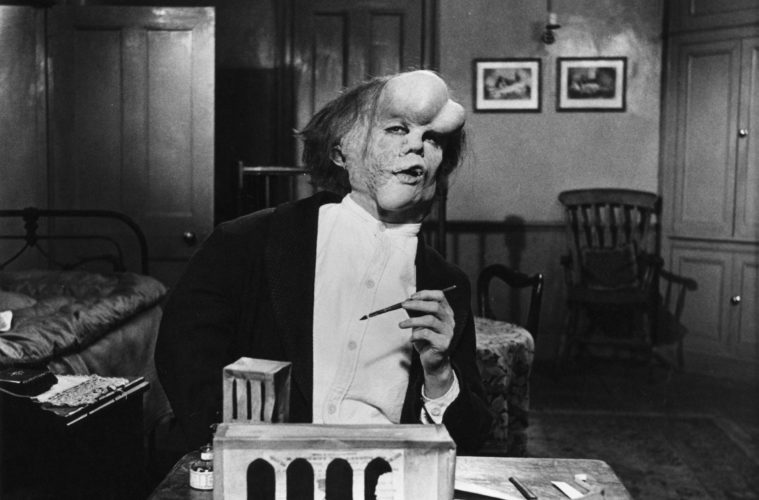 The celebration for David Lynch’s birthday is continuing all week long. Following the surprise release of his 17-minute short film What Did Jack Do?, one of his seminal classics has been restored.

His masterfully crafted adaptation of The Elephant Man is a more subdued outing from the idiosyncratic auteur than his usual catalog but is no less of a masterpiece than his other features. With the new restoration arriving in U.K. theaters this spring for its 40th anniversary, StudioCanal has unveiled the trailer and hopefully we’ll see the eight-time Academy Award nominee turn up in the U.S. before long.

The Elephant Man is a beautifully rendered spectacle based on the tragic true story of the Victorian Londoner Joseph Merrick (John Hurt), derisively called “The Elephant Man” on account of the protuberant tumors that cover his body. He’s taken under the wing of noted doctor Frederick Treves (Anthony Hopkins) after suffering abuse from the Freak Show. Treves introduces him to higher society, but comes to discover that his intentions of making Merrick feel welcome in the upper echelons of London Society may be just as exploitative as the Freak Show he rescued him from. Ann Bancroft rounds out the cast as Mrs. Kendal, an actress who becomes an admirer and friend of Merrick.

See the new trailer and poster below via Little White Lies.

Based on the true story of Joseph “John” Merrick, a nineteenth century Englishman afflicted with a disfiguring congenital disease. With the help of kindly Dr. Frederick Treves, Merrick attempts to regain the dignity he lost after years spent as a side-show freak.

StudioCanal will release the film on March 13 in U.K. cinemas and home video on April 6.