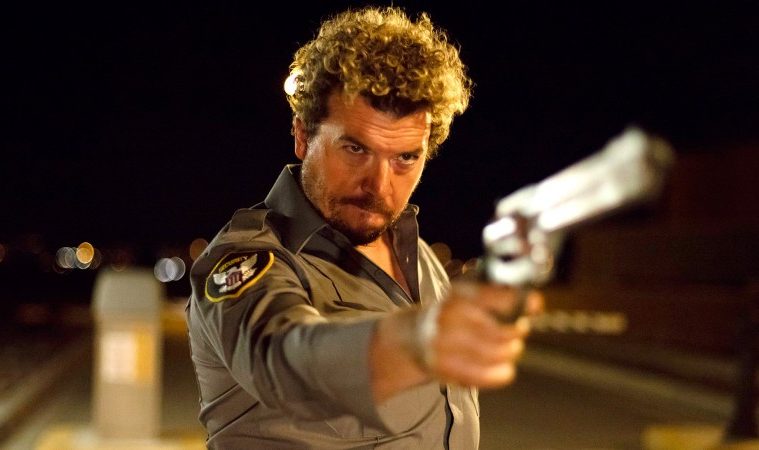 Premiering at Sundance Film Festival earlier this year was the directorial debut of Vice Principals producer Jonathan Watson, which, of course, reunited him with Danny McBride. Arizona follows his character in the late aughts housing crisis as he fights back in violent ways against losing his house. His victim is a single mom played by Rosemarie DeWitt, who is having financial problems of her own. Ahead of a release next week, the first trailer has now arrived.

Dan Mecca said in his review from Sundance, “Written by Luke Del Tredici, what starts as a dark screwball comedy morphs into something nasty. The comedy soon becomes secondary to the violence. And while this is clearly the intention, Arizona never becomes as engaging as a thriller as its premise might suggest. The setting speaks to something socially while the content says nothing much.”

See the trailer and poster below for the film also starring Luke Wilson, Elizabeth Gillies and Kaitlin Olson.

Cassie (Rosemarie DeWitt, La La Land) is a real estate agent and single mom struggling to keep it all together. Things go from bad to worse when a disgruntled client, Sonny (Danny McBride, Pineapple Express), confronts Cassie’s boss and accidentally kills him. Having witnessed the crime, Sonny kidnaps Cassie to keep her quiet until he figures out what to do. But he makes one outrageously bad – and bloody – decision after another, until things completely spiral out of control. This outrageous action comedy also stars Luke Wilson (Idiocracy), Kaitlin Olson (“It’s Always Sunny in Philadelphia”), David Alan Grier (“The Carmichael Show”) and Elizabeth Gillies (“Dynasty”).

Arizona opens on August 24 in theaters, on VOD, and Digital HD.