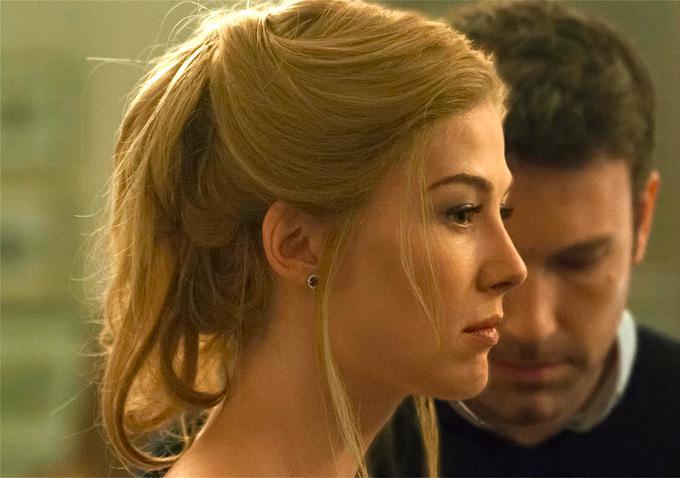 The director has also announced the first titles he’ll be programming at LA’s New Beverly, including a double feature of Pulp Fiction and The Professional, Variety reports.

David Cronenberg now says Maps to the Stars will get a qualifying run this year, per Vulture. See our review and more here. Watch Cronenberg and more discuss the film at NYFF:

At The Dissolve, Matt Singer connects Gone Girl‘s depiction of marriages with the rest of David Fincher‘s filmography:

Men and women in David Fincher movies often try to taste the simple life; it almost never works out. Even in films where relationships play a relatively minor role, the backstories almost always involve painful dissolutions. Michael Douglas’ Nicholas Van Orton from The Game is divorced; so is Jodie Foster’s Panic Room character Meg Altman, who moves into the New York brownstone that serves as the film’s setting after her husband leaves her for a much younger woman. The entire film springs from that breakup—as does tech entrepreneur Mark Zuckerberg’s entire empire in The Social Network. When he’s dumped on a date by his girlfriend Erica (Rooney Mara), Zuckerberg (Jesse Eisenberg) begins creating a website for revenge, one that will let fellow Harvard students vote on female classmates’ physical beauty. The site, Facemash, eventually morphs into Facebook, bringing Zuckerberg wealth, fame, popularity, and a new girlfriend. But at the end of the movie, he’s still alone, waiting for a response to a friend request from Erica. The finale of The Girl With The Dragon Tattoo provides a similarly unhappy one for its antisocial hacker character, as Lisbeth Salander (Mara) watches from afar as the man she’s fallen in love with, journalist Mikael Blomkvist (Daniel Craig), reunites with an old girlfriend.