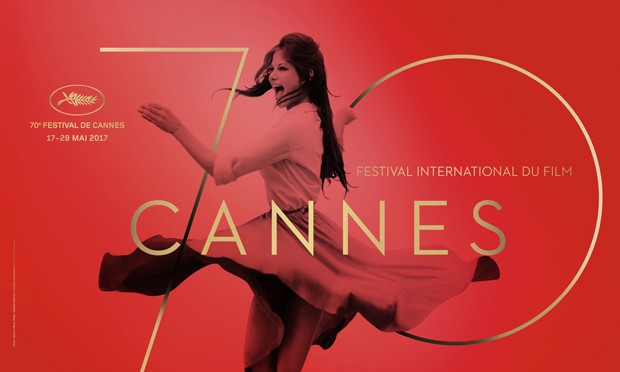 Claudia Cardinale Graces the Poster for the 2017 Cannes Film Festival

Cannes Film Festival turns 70 this year, and they are having fun doing so. This year’s official poster features a dancing Claudia Cardinale, the legendary actress who has appeared Once Upon a Time in the West, 8 1/2, The Leopard, Rocco and His Brothers, Fitzcarraldo, and more. Created by Bronx Agency, the mix of luxurious gold and vibrant red is a fitting kick-off for the festival, which begins on May 17.

“She dances, she laughs, she lives! Who better to symbolize the next Festival than Claudia Cardinale, the image of an adventurous actress, independent woman and social activist?,” the festival said in an official statement. “Throughout the 12-day festival, the spirit of openness and welcome will infuse the Croisette — as it does every year — with pictures of a world that dares to look itself in the mirror, to stand proud and to speak out.”

“I am honored and proud to be flying the flag for the 70th Festival de Cannes and delighted with this choice of photo,” Cardinale says. “It’s the image I myself have of the festival, of an event that illuminates everything around. That dance on the rooftops of Rome was back in 1959. No one remembers the photographer’s name… I’ve also forgotten it. But this photo reminds me of my origins, and of a time when I never dreamed of climbing the steps of the world’s most famous cinema hall. Happy anniversary!”

With a jury headed by Pedro Almodóvar, check back on April 13 for the official line-up for the festival that runs from May 17-28.