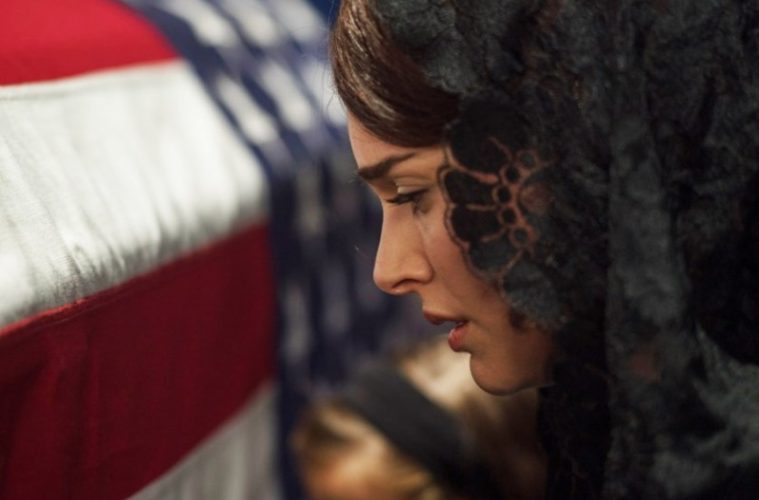 Ignore any suggestion that 2016 was not a fantastic year for cinema. Moments linger (the campfire dance in American Honey, the final encounter in Certain Women, the Tracy Letts–Logan Lerman debate in Indignation, the first ten minutes of High-Rise, both “Camelot”-soundtracked sequences in Jackie, any scene that featured Ralph Fiennes in A Bigger Splash) and performances resonate (everyone in Moonlight, Emma Stone in La La Land, Kate McKinnon in Ghostbusters).

Choosing ten favorites and five honorable mentions is nasty business; I wish I could have included Warren Beatty’s Rules Don’t Apply, a ridiculously underrated film that does not deserve to be remembered as a flop. But it just missed the cut. (Also, I was unable to see Silence in time for end-of-year consideration.) What these fifteen films have in common is the ability to surprise, confound, and delight in equal measure. Let’s see 2017 top that.

The finest film of summer was Shane Black’s non-blockbuster The Nice Guys, a wildly funny, seriously involving slice of 70s noir. Ryan Gosling, Russell Crowe, and (soon-to-be-a-megastar) Angourie Rice are perfectly cast, and somehow the plotline seems fresh. It is such a satisfying viewing experience, in fact, that I found myself desperately hoping that it would kick off a franchise. That’s not to be, but that’s OK — we have The Nice Guys to enjoy forever.

From start to finish, A Bigger Splash is beautifully disorienting. This tangled web of relationships and insecurities is highlighted by Tilda Swinton’s (voice-resting) rock star, and, of course, by Ralph Fiennes. He is a delightfully gyrating force of nature who is somehow not a lock for an Oscar nom. You’ll never hear “Emotional Rescue” again without picturing his moves. Even when offscreen, Fiennes’s aging record producer feels deeply involved. Clearly, Splash cements Luca Guadagnino’s place on the list of the world’s most exciting filmmakers.

Like La La Land, the best moments of John Carney’s Sing Street felt charged by an almost relentless sense of positivity. What makes that accomplishment so remarkable is that much of the film is rooted in poverty, heartbreak, and sadness. That sadness, however, is balanced by some gobsmackingly fun music. And in the “Drive Like You Mean It” sequence, Sing Street truly achieves emotional liftoff. The film also takes the crown for must-own soundtrack of 2016.

Where did American Honey come from? It’s hard not to ask that question while watching Andrea Arnold’s film, an almost indescribably exhilarating teenage road movie. A cast of unknowns (and a never-better Shia LaBeouf) excels at making this crew of magazine-hawking teens seem startlingly real. It’s a long journey — over two and a half hours — but never drags. In fact, Honey seems to fly by, so intoxicating is its mix of fiction and (quasi) reality.

In Paterson, Jim Jarmusch makes the everyday riveting. And much of the credit has to go to Adam Driver, whose bus driver-poet is quite unlike any artist we’ve seen onscreen before. The same can be said of his wife, Laura, played by a luminescent Golshifteh Farahani. It’s the most effortless film of Jarmusch’s career, and certainly the most moving. It also features the most unexpectedly heartbreaking scene of the year, involving Driver, Farahani, a poorly behaved dog named Marvin, and a book of poems.

Mike Mills’ 20th Century Women is wise, funny, and wholly original. This is the family drama reimagined, in visually intoxicating fashion. The performances stand out, especially Annette Bening and Greta Gerwig. Yet it’s Mills’ script that resonates strongest; there are a few lines from Bening that seem to capture what it truly feels like to be a parent. Interestingly, it seems 20th Century Women is already underrated.

Watching Moonlight is a wondrous experience. This coming-of-age drama following a young African-American male through three complex stages of his life never strikes a wrong note, and it always surprises. Barry Jenkins has crafted something extraordinary here, and it will be fascinating to see what he does next. In the meantime, let’s rewatch Moonlight, a film to be treasured and analyzed for years to come.

Pablo Larraín’s Jackie upends the traditional historical drama with bold storytelling, note-perfect performances, and a piercingly smart, emotionally probing script. The film belongs to Natalie Portman, but the entire cast stands out, especially John Hurt. With Jackie (and his other late-2016 release, Neruda), Larrain has deconstructed the film biography, and it’s thrilling to watch. It’s difficult to imagine a film about a recent historical figure that feels as emotionally affecting.

Damien Chazelle’s Los Angeles-set musical lives up to the the fall festival hype. And my goodness, that’s saying something. Wonderfully unrealistic, even its flaws (and there are a few) are endearing. The songs, the performances from Gosling and Stone (the look on her face when the Messengers’ burst into life in concert might be the most perfect reaction of 2016), and that opening are unforgettable. But these are all topped by its dazzling final sequence, which sees La La Land practically explode with a mixture of joy and melancholy. The result is a film that leaves the viewer in a state of bliss — high on the feeling that comes from great cinema.