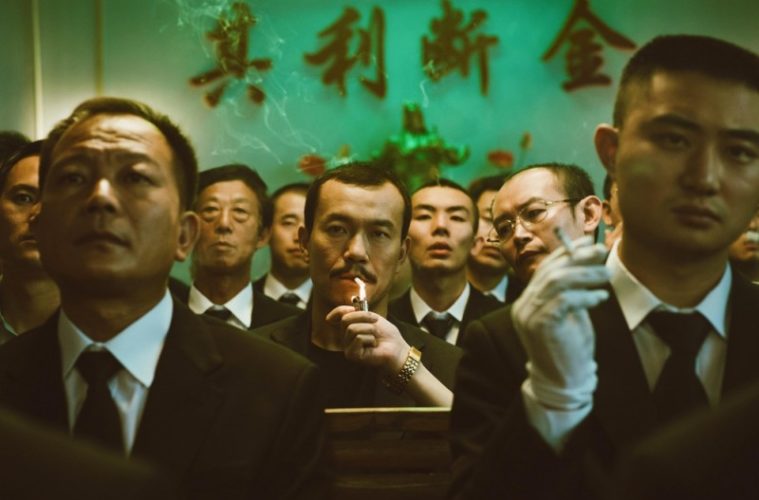 It should go without saying that, regardless of genre, period, or just about any other contributing factor, any new release from Jia Zhangke is something with which to grapple. Last year, the New York Times ranked the writer-director’s 2013 film A Touch of Sin as the 4th best film of the 21st Century thus far. Not bad, but I reckon few would even consider it his best — it might not even make some devotees’ top 5s.

When news trickled out that his latest would be based in the world of crime, you got the feeling that Jia was once again leaning towards the deathly serious, straight-faced allegories that Sin provided. What’s more, it was said that Ash is Purest White — as it has been titled for English-speaking audiences — would be his most expensive production to date and might even feature a sequence of martial arts. Just tell me where to sign.

We can now happily confirm that those last two rumors are indeed true — genre-wise, however, this one’s a little more difficult to pin down, probably closer in tone to the more surrealist, time-hopping Mountains May Depart than the baroque bitterness of Sin. Act one stands alone as a crime piece, in the classic sense, a sort of prologue to what will later shape shift into an adventure movie and, then, a romance, with a little heist and sci-fi stuff sprinkled on top for good measure.

Charting a time period that takes us from 2001 right up to 2018, it stars Zhao Tao — who else? — as Qiao, a dancer who has become the girlfriend and pseudo-consigliere of Bin (Fan Liao), a local mob boss and decent criminal with a bad temper. One night out driving, Bin gets involved in a brawl and Qiao is forced to unload a few rounds to scare off his assailants. She gets locked up for possessing the illegal firearm and, refusing to rat out her love, takes the rap. When she gets out five years later, Bin is nowhere to be found.

There are few filmmakers with Jia’s ability to convey scales both physical (simply filming his actors walk past some soulless mega-structure or vast landscape) and existential (focusing on small shifts in his characters’ relationships as tectonic shifts seem to be taking place simultaneously in those same characters’ society). The two instances, of course, are not unconnected. Out of prison and up for adventure, Qiao, in the film’s most stunning visual sequence, takes a ferry ride down the Yangtze River to Fengjie and, after a little misfortune, finds Bin shacked up in a shabby motel. The man’s lost his pride, it seems. “Was I ever that important?” he asks. “Well, if not you, then what is?!” she responds with all the quiet force of a knee to the stomach.

An announcement heard on the ferry earlier informed the audience that the whole region will soon be underwater once building has been completed on a new dam, an event Jia already focused on in his 2006 film Still Life. A city is on the move, entire lives are being uprooted, yet it’s this small transcendental moment in this sparse hotel room that Jia finds most precious. Of course he’s right to do so. Indeed, mountains may depart.

Ash is certainly not short on such exceptional moments, and Zhao is central to them all: the street-side brawl (as thrilling as it is beautifully choreographed); a run-in with a creepy motorbike taxi driver; a wedding feast she blags her way into with a rose; a morally righteous con job; the list goes on. After finding Bin, Qiao, on the train back to Shanxi, meets a travel agent who charms her with the idea of a new life, but perhaps it’s just too late for Qiao to change her stripes. Ash is concerned with what exactly holds its two lovers together. Both consider themselves Jianghu (the code of the local crime families) and Jia seems to ask which of the two will ultimately prove the more steadfast: the old boss or the matriarch who was once at his side. Jia will end the movie with a dash of ambiguity, a great dose of melancholy, and very few answers.

The director has written no shortage of wonderful roles for Zhao, his long-term partner, over the years, and, in turn, she has become one of our most cherished artists, a performer with the rare ability to execute deadpan comedic turns (you just know she would have excelled in the silent era) and a frankly breathtaking presence. She’s the sort of actor that seems to take the air out of the theatre with no more than a single raised eyebrow or even the faintest idea of a smile. The less we have to revisit her moments of onscreen devastation, the more we can all try to move on with our lives. Ash is Purest White is a tremendous, funny, heartbreaking, sprawling vehicle for Zhao, and what a gift it is to see her exploring the furthest reaches of those talents.

Ash is Purest White premiered at the Cannes Film Festival and opens on March 15. Find more of our festival coverage here.