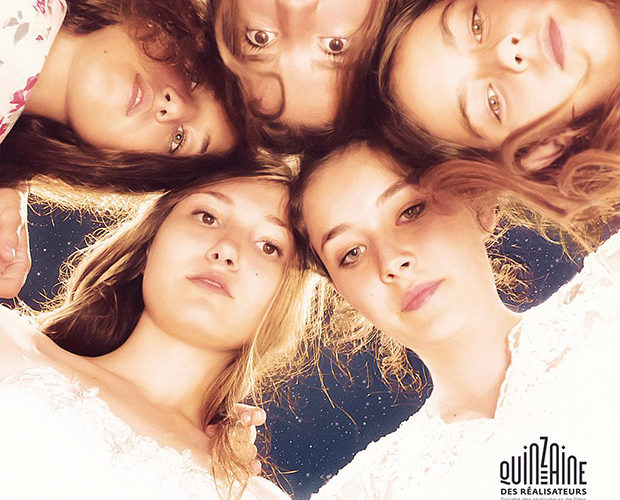 The first feature film from director Deniz Gamze Ergüven, Mustang (recipient of the Europa Cinemas Label Award at Cannes’ Directors’ Fortnight program), follows five sisters living in a rural area of Turkey who are slowly imprisoned by their family and sold off into marriages because of their free-spirited nature. As they have to deal with more and more constraints, they use every method they can to fight them and preserve what little of their freedom is still possessed. The main cast of sisters is led by Günes Sensoy, who plays the youngest, Lale, but also most resilient of the girls and, arguably, the main character of the story. We see most of the film from her point-of-view, and thus it’s her attitude and actions we’re most invested in. As a tenacious, tiny child, she proves to be a fearsome actor who manages to give the film’s most endearing performance.

Following the conflict between a traditional, conservative way of life — which has a very specific plan for women and a more modern way of life where women have, to some degree, a choice — these five sisters do no wrong other than play with some boys when school is let out. However, because they were on the shoulders of the boys while play-fighting, certain local villagers reach out to the family and say they were “inappropriately” playing by touching “their genitalia to their heads.” Through the actions and voice of the youngest sister, the film’s tone is strongly set at the beginning, when, in response to their grandmother punishing them for this “transgression,” she takes some chairs she sat on and lights them on fire, stating that these objects are unclean; after all, they, too, had touched their genitalia. These hilarious accusations, and the equally funny response by the youngest sister, are contrasted by the severity of their family and fellow villagers. The former is especially through their uncle, Erol (Ayberk Pekcan), who enacts harsh punishments on the children. These are young girls who aren’t ideologically against conservatism or a traditional way of life; they merely live their lives the way they wish and hope to have nothing imposed on them. Only the oppression of the village community and their family is ideologically motivated.

One of the most important aspects of Ergüven’s debut is its hopeful nature, exploring the kind of faith in humanity and about a belief in something positive: about what can be rather than what should be. Yes, there will always be, to a certain degree, those who impede on the freedoms of others, but there will also be those who resist the limitations and break free — and there will be others who help people break free. Although the film’s central themes could be regarded as sentimental, it can be argued that the specific cultural context makes them necessary. The hopeful optimism that pervades Mustang, despite all the hardships, helps make the viewing experience an enjoyable one. The humor and joy of the five sisters is contagious, and the pure, unadulterated childhood exuberance, especially towards the beginning, is beautiful. There is an idyllic approach to childhood that helps proceedings feel earnest and honest towards its audience.

With its utter lack of cynicism, Mustang doesn’t hit all the right notes, but is a well-crafted debut that does exactly what it set out to do in the first place. It is a hopeful, sometimes harrowing tale of five girls who struggle with the reality of ingrained cultural conservatism for some women in Turkey. Though the limits in their world are more extreme than in Western Europe or North America, broadly speaking, there is still a resonant quality of the lingering sexism that pervades more “exposed” societies. In the end, it is refreshing to see a film directed by a young woman about girls and what they want from life in a cinematic landscape that all too often prioritizes the other sex.

Mustang premiered at the Cannes Film Festival and will be released by Cohen Media Group on November 20th. See our complete coverage below.