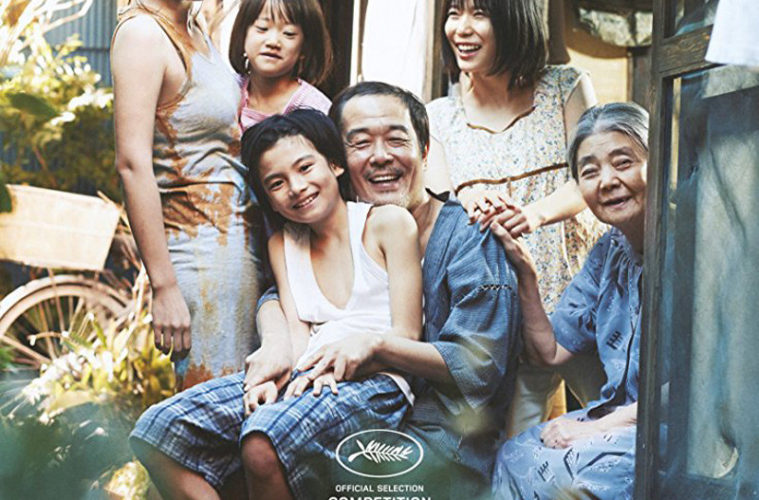 With Like Father Like Son (2013), Our Little Sister (2015), and After the Storm (2016) all premiering one after the other at the Cannes film festival and The Third Murder getting a berth last autumn in Venice, it seemed as if Hirokazu Kore-eda, now well settled into this mature career groove, was making great films with every other effort. So does Shoplifters — which has the director once again competing for the Palme d’Or — adhere to this pattern? It would seem so.

After the peculiar courtroom detours of Murder, Kore-eda returns to familiar ground — and returns to form — with Shoplifters, yet another story of unusual family setups and one that, once again, ponders questions of what exactly constitutes normal or even healthy choices when raising a child.

The story focuses on one such unconventional family, this time made up of an older matriarch named Hatsue (played by Kore-eda regular Kirin Kiki); Nobuyo and Osamu (Sakura Andō and Lily Franky), her daughter and son-in-law; Aki (Mayo Matsuoka), her granddaughter from a previous marriage who has run away from home to live with her; and the youngest, Shota (Jyo Kairi), a boy Osamu apparently “saved” while out committing petty larceny. It’s that last event that provides the backbone of Kore-eda’s film as lowly Osamu attempts to raise Shota by passing on that skill, perhaps the only one that he has. He seems to do so by pretending that robbing shops is all a game, complete with military-type hand signals and ninja-style headbands.

The film’s title is not exclusively referring to those two, however. Indeed the whole clan, from Shota to Hatsue, seem to be running cons of their own on the side. Hatsue politely and routinely shakes down the grown-up children of her dead ex-husband’s second marriage. Nobuyo steals from the clients of the cleaning business she works for. And while Aki isn’t breaking any laws per se, her job as a peep-show girl isn’t exactly what you’d call desirable.

The idea of what gets passed down from generation to generation has been a key concern in Kore-eda’s work for some time, most beautifully realised in Like Father, Like Son and After the Storm. He obsesses over it like Bresson fixated on confinement. The rub, in this particular case, is that Shota finds his own protégé, a young girl who becomes like a little sister to him. She’s named Yuri (Miyu Sasaki) and we learn, via a news broadcast, that she has run away from home.

Faced with this newfound responsibility, Shota soon begins to question, perhaps for the first time, the information being passed down. Yuri’s immersion into the family enriches everyone — not least Nobuyo, who has never been able to have kids. As summer arrives, the sun really begins to shine, but you might wonder for how long.

Kore-eda touches on many of his recurring tropes here: nurture vs nature, hapless grownups, streetwise kids fending for themselves, storms, deaths, supermarkets (this is all starting to sound like a Clash song). and so on — and yet the production itself seems somewhat lower than his usual standard. The absence of long-serving cinematographer Yutaka Yamazaki (it was shot by Ryûto Kondô) can be felt a little in the film’s perfectly naturalistic but formulaic imagery, and Haruomi Hosano’s score is just a bit trite for the subject matter. Nevertheless, by drawing our empathy for such morally dubious and potentially damaging characters, Shoplifters remains a real heartbreaker, the kind of which only this director seems capable.

Shoplifters premiered at the Cannes Film Festival and opens on November 23. Find more of our festival coverage here.