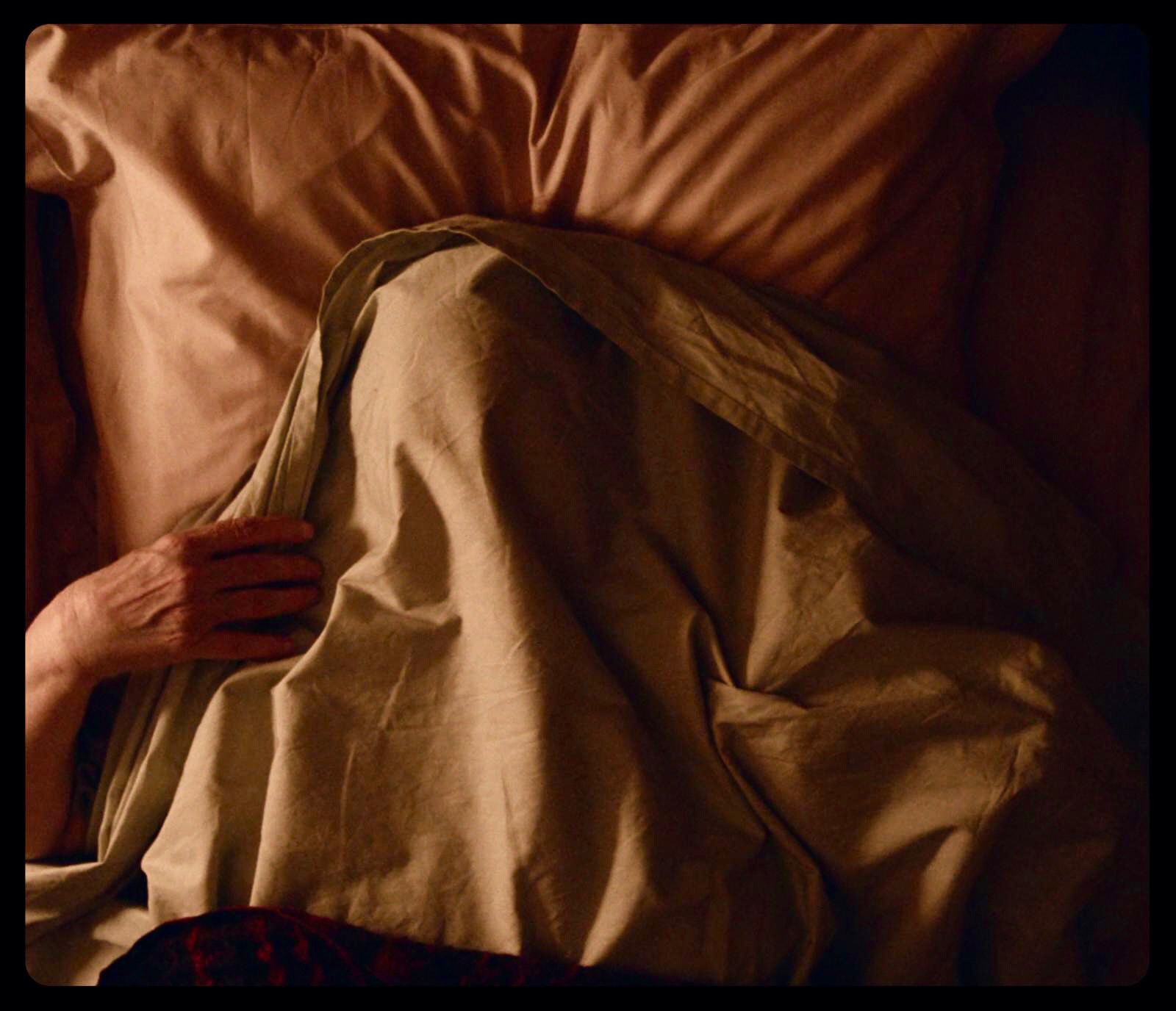 Stories from multiple perspectives have been onscreen at least since Rashomon, but even the great Akira Kurosawa might have found something to like in the new Gaspar Noé. The agent provocateur returns to remind us that death is inevitable and rarely dignified. His newest film is Vortex and it takes place in Paris, specifically the apartment of a married couple on the final furlongs of life. It opens on the pair enjoying an evening on the balcony: “life is a dream,” the wife says; to which the husband responds, “a dream within a dream,” quoting Poe; then a clip of Françoise Hardy (“I’m one foot in the grave,” she sings) over a black and white image of a wilting rose. The mind wanders to Jean-Louis Trintignant and Emmanuel Riva in Amour, another story of wilting roses in the French capitol. (For once, though, Haneke looks the sentimentalist.)

Over the course of a few fateful days, Françoise Lebrun and Dario Argento give scarcely fathomable performances as a woman in the late throes of dementia and her long-suffering husband (they are credited simply as The Mother and The Father, respectively.) In a deceptively simple conceptual move, Noé has it shot almost entirely in split screen (the cinematographer is his frequent collaborator Benoît Debie), giving each character their own parallel frame and unique perspective. It’s not the first time Noé has experimented with the format (he divided Charlotte Gainsbourg and her co-stars into double and triple screens in Lux Æterna, and repeated the trick in Summer of ’21, a short for Yves Saint Laurent) but never before has it held such clear symbolic weight.

By splitting their world into a shared but disparate space, Vortex shows the terrible loneliness and disconnection this affliction has brought on each of their lives. To take one example, Noé begins with two parallel roving takes: on one side Lebrun’s character heads out to buy groceries; on the other her husband is shown going about his business before realizing she’s gone and heading out in a panic to find her, a rare encounter with the outside that only confounds his sense of guilt and frustration. It is anything but easy to watch and Noé goes one further, underlining this plight by bringing their son (Alex Lutz, hapless and hangdog) into the mix with their grandson. In a poignant move, Noé shows the young boy learning to speak while, in the other frame, the older woman struggles to form a sentence.

It is a devastating and uncharacteristically sincere accomplishment for Noé, an Argentinian filmmaker and enfant terrible who made his name with a great string of provocative works about the younger, stickier parts of life—nominally, parties (Climax), drugs (Enter The Void), and sex (Love), though usually all at the same time. Vortex‘s stars are of a much earlier vintage: LeBrun rose to prominence playing Veronika in 1973’s The Mother and The Whore (which Noé greatly admires); Argento (80 years young last year) was at the peak of his Giallo masterpieces just a few years after. Noé survived a brain hemorrhage just over a year ago, and while he has stated it wasn’t an inspiration for Vortex, his film never leaves you in any doubt as to what lies around the corner for us all: from his signature monolithic credit crawl (in which each name is accompanied by their corresponding birth year) and wry tagline (“Life is a short party that will soon be forgotten”) all the way to the shattering denouement.

It is a sensational production, especially Debie’s handheld camerawork (brilliant to the last frame, without ever slipping into novelty) and the rich, lived-in detail of Jean Rabasse’s (Climax, Jackie) production design. Since the misplaced indulgences of Love, he’s gone from strength to strength, trimming his running times (97 for Climax, 51 for Lux Æterna) and upping the stakes and the adrenaline rush. At 145 minutes, few locations, and very little dialogue, this unflinching look at the fate that awaits us is anything but expeditious—yet it demands to be seen, a radical film with as much capacity to shock as it does to burden the tear ducts. It is amongst his very best.