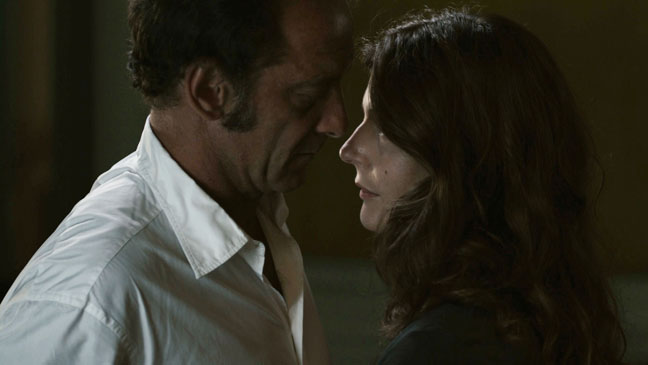 There is a constant discussion and debate about the lack of female directors working today, one mostly connected with how this disturbing trend of inequality needs to be rectified as soon as possible. If French filmmaker Claire Denis is any indication, it’s proof positive that audiences around the world need to embrace a gender minority and halt the discrimination that might discourage other potential auteurs from emerging. With a directorial style that feels to be in dialogue with female peers such as Jane Campion and Lynne Ramsay, Denis might not just be one of the best female directors working today, but one of the most unique and impressive, period. Projecting a distinct voice, she continues to make stimulating works that are in a artistic league of their own. With her latest film, Bastards — which clearly should have been featured as part of the Cannes main competition (as opposed to Un Certain Regard) — Denis explores a dark tale of redemption and perception of identity.

While out at sea, supertanker captain Marco Silvestri (Vincent Lindon) receives an urgent call from his sister, Sandra (Julie Bataille), that beckons him to return to Paris immediately. Sandra’s husband had committed suicide while her daughter, Justine (Lola Créton), has been traumatized by a brutal rape. Determined to bring those responsible for such a heinous crime to justice, Marco embarks on an personal investigation to avenge his niece. When Sandra points the finger of blame on a wealthy businessman, Edouard Laporte (Michel Subor) — who eerily and, perhaps intentionally, bears a distinct resemblance to Dominique Strauss-Kahn — he begins observing Laporte as a means of uncovering clues as to what happened. Marco sells off all his worldly possessions and moves into a posh apartment complex where Laporte’s mistress and son are living; the deeper Marco finds himself in this seedy underground playground of the uber elite, the muddier the waters of truth become. Denis has a commanding grasp on composition and character, juxtaposing intense emotional scenes with shots whose visual character nearly broaches the area of abstraction. Extended shots of rain drops, longing glances, and ominous long takes of moving cars are strictly present to heighten an uncomfortable mood, and the mystery to her presentation provides an enigmatic quality to every scene, further elevated by jumping back and forth in time without it being evident to the viewer. Driving it further is a creepy ambient techno score from music group Tindersticks, their work tonally matching to a purported paranoia beating throughout. As the story spirals to its unforeseen and profoundly disturbing conclusion, the film never waivers in revealing its hand, keeping secrets close until the very last revelatory shots.

Denis is not merely as fine a living example that you should never discount a filmmaker based on their sex, but a cinematic force to be reckoned with all her own. Packing in thematic metaphors about the secrecy of elitist people, the world of their mistresses, and their obsessive vices no matter how disturbing, the subtle emotional layers in this experience are vast while incongruous to what we are shown. Bastards is an effective thriller that lingers long after its final moments, and further striking evidence that Denis is one of the most fascinating artists this medium can call its own.