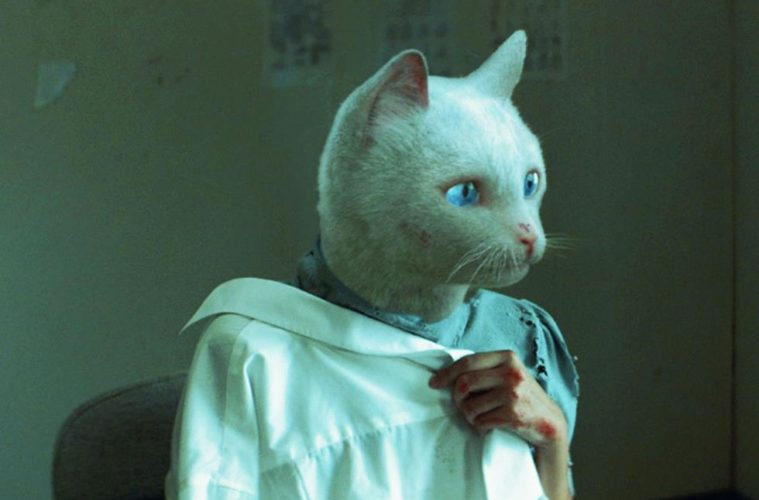 In the 2015 omnibus film Ten Years, five Hong Kong filmmakers offered visions of what their country might look like in 2025. Dystopian and fiercely critical of China’s interference in Hong Kong politics, it proved a massive public hit despite the Chinese government’s efforts to suppress its distribution. In light of that success, the Ten Years International Project was born with the intention to export the concept and give voice to filmmakers from other Asian nations. The first of these to be completed is Ten Years Thailand – two more from Japan and Taiwan are in the works – featuring contributions by Apichatpong Weerasethakul, Wisit Sasanatieng, Aditya Assarat, and Chulayarnnon Siriphol.

Aditya’s opening short could easily take place in the present. Shot in black-and-white, it is set in a small art gallery that is hosting a photography exhibition. A group of soldiers arrive and order the pictures to be taken down despite the curator and artist’s protests that there is nothing problematic on show. Meanwhile, the young soldier who acts as the others’ chauffeur starts a tentative romance with one of the gallery’s cleaning staff. The theme of artistic censorship, highly relevant to Thailand, might be slightly obvious, but the romantic subplot is handled gently and offers one of the film’s sole moments of optimism, however guarded.

Things get weirder and more sinister in the next segment, directed by Wisit. The protagonist, a man in his twenties, is the sole human left in a world inhabited by people with CGI-rendered cat heads. (In a nice touch, on the sidewalk stand vending machines that sell balls of yarn.) The cat people have been hunting down and killing humans, but since they can’t recognize them on sight but only through smell, the man has been escaping capture by spraying himself with an artificial scent. Given that Thailand is a nation that has been split in two between supporters and opponents of the regime, and that the latter camp can’t voice their opposition in public for fear of prosecution, the message is again easily interpreted, though the bitter cynicism of its articulation – in both atmosphere and thematic concept, the short strongly resembles a Black Mirror episode – stands in stark contrast to Aditya’s vision.

Things get really weird, and not at all easy to interpret, in Chulayarnnon’s contribution, which seems to owe an equal debt to Foucault, LSD, and kids’ cartoons. Some sort of futuristic boy scout group led by a woman in a pink military uniform lives in a brightly colorful compound reminiscent of Teletubbyland. From there they surveil and control the Thai population via CCTV-like monitors. When some of the civilians collapse, the boy scouts go pick them up and shoot them into space with a contraption made of wires and dangling neon lights that, earlier, was also used by a motorbike-helmet-clad Buddhist monk to indoctrinate the boy scouts. The film switches to computer animation once the civilians are flying through the cosmos, taking off into a crazy hallucinatory trip that would be impossible to faithfully describe but is a lot of fun to witness. The images are certainly striking, though what it all means will likely be lost on most viewers, or at least those without intimate knowledge of Thai politics and culture.

Apichatpong’s closing short, predictably the strongest of the four, is set in a park that appeared in his last feature, Cemetery of Splendour. In the park, which is undergoing reconstruction, the only things left standing are a statue of Sarit Thanarat, an army general who staged a coup in 1957 and led the country until his death in 1963, and a wall bearing reliefs that celebrate his contributions to the nation. Two pairs of characters meet there — one played by Apichatpong’s regular actors Sakda Kaewbuadee and Banlop Lomnoi, who appear to be reprising their roles from Tropical Malady, in which they played lovers. They haven’t seen each other in ages, but they don’t seem to be able to connect anymore. A general air of melancholy emanates from their exchange, intensified by the overcast skies and the sight of the park ravaged by bulldozers. The large statue standing in the middle of the construction site gives the impression that the only constant for Thailand is the military. Since the abolition of absolute monarchy in 1932, the country has experienced a dozen military coups and now been under junta rule for four years. Although the army has repeatedly promised a return to democracy, elections have yet to happen. The solemn expression on Sakda’s face as he looks towards the statue in one of the film’s final images seems to hold little hope that the promise will be fulfilled by 2028.