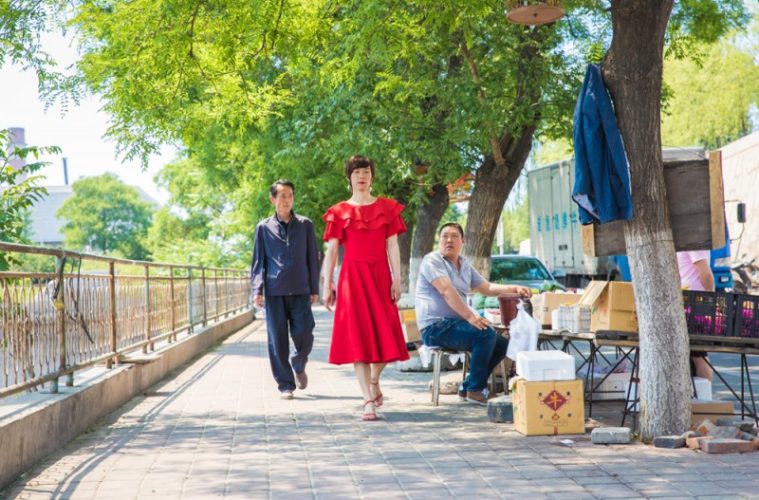 Busan Review: ‘The Rib’ Illustrates the Plight of the Transgender Community in Contemporary China

Alas, the Chinese Girl is… well, no Girl. Tackling a similar subject matter as Belgian director Lukas Dhont’s Caméra d’Or and Queer Palme winner, this socially conscious transgender drama has its heart in the right place but struggles to find the cinematic language that would strike a more expressive, less stiffly message-y note.

The story centers on Li Huanyu (Yuan Weijie), a 30-something office worker living in a nondescript Chinese city with his buddy/secret crush. We soon learn that the young man identifies as female during her visit to confidante Liu Mann (Gao Deng), who has just returned from Thailand a woman. Huanyu regards Mann’s newfound sense of fulfillment with visible admiration and envy. As mild-mannered as she is, there’s no mistaking the burning desperation to finally turn a deep, lifelong yearning into physical reality.

In strictly linear, painstakingly expository fashion, the film then takes us along on Huanyu’s arduous journey of self-realization–first to the hospital appointment, where the doctor explains a surgery like this requires parental consent; then to the dreaded sit-down with her devout, widowed father (Huang Jingyi) who condemns his son’s wish as sinful and tries to make a “normal” man out of her; and onward to more confrontations with parish and friends, before this chronology of humiliations eventually comes to a sober, expectedly reconciliatory close.

The Rib, which gets its title from a prominent biblical reference, illustrates with pressing earnestness the plight of the transgender community in contemporary China. For a country as notoriously conservative in its gender politics and as trigger-happy about bans and blacklists, that’s a rare feat in and of itself. It’s just a shame that the most surprising thing about the entire movie happens even before it begins – when the all-important dragon logo appears against a blare of imperial trumpets, signaling the film has been approved by the censorship bureau for domestic release.

The screenplay, composed by a whopping team of eight, dwells on the familiar, ugly surface of bigotry, giving us quite the greatest hits of textbook intolerant behavior. Both Huanyu and Mann, often seen in dresses and wearing makeup, get called names, ridiculed, photographed against their will. Mann is fired from her job while Huanyu must deal with the constant guilting from her dad and rejection from her church. None of it is ok, obviously, and we can’t be reminded enough of the hateful ignorance that destroys lives every day – given the patriarchal Chinese context perhaps even more so. Having said that, the fact that the story never goes beyond addressing the external adversities faced by the protagonists to properly examine the battles fought within is frustrating and probably does the characters a disservice. Unlike Girl, in which the decision to undergo sex reassignment surgery is hardly met with any religious, societal or familial backlash but presents a tremendous trial to the heroine nonetheless, The Rib is so preoccupied with everything else it seems least curious about or capable of exploring a boy who should actually be a girl.

Sadly, neither the cast nor the crew can elevate the material much. Of the main cast, Huang is probably given the most to do as the stern, God-fearing Li Sr., but even here we’re talking about a character that fits all the stereotypes of an old-school father figure who, rather unconvincingly, does a 180 at the end. Ditto Huanyu, who is so flatly written one has trouble connecting on a meaningful level besides basic human sympathy. A largely European crew features German cinematographer Lutz Reitemeier, who has years of experience working in Chinese film and shot, among others, director Wang Quan’an’s Berlinale winner Tuya’s Marriage. This would not rank among his best work, though, as the black-and-white photography (the film stills might be misleading), while inobtrusive and understated, also lacks vigor, emotional texture or that aesthetic spark. The optical trick of highlighting one cherished dress of Huanyu is a nice touch, but ultimately not contextualized enough to make a real impact.

Films that seek to educate on discrimination and change minds are always welcome, let alone an LGBTQ picture from the world’s most populous country that dares to challenge its own prejudices. As such, The Rib marks a significant if somewhat awkward step in the positive direction. May it not be the last.

The Rib screened at the Busan International Film Festival.