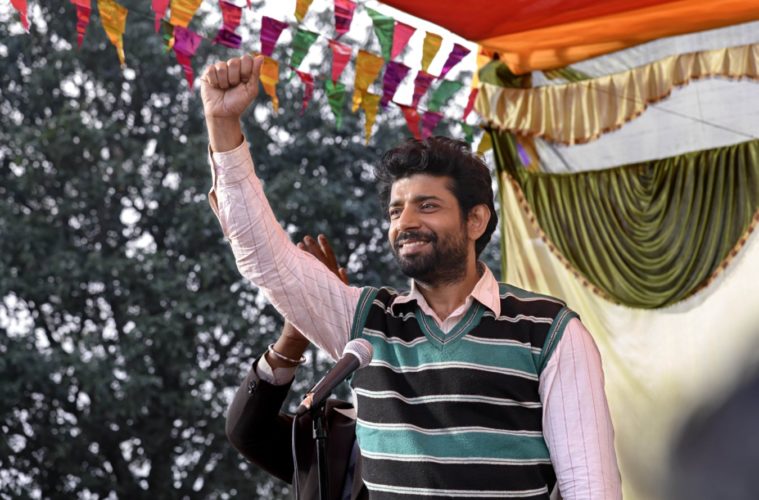 Busan Review: In ‘Aadhaar,’ India’s Nationwide Registration Campaign is the Backdrop for a Sympathetic Drama

For every viewer there are forms of storytelling, visual expression that are more familiar than others. The references, codes, cinematic language of foreign films can sometimes create a barrier that renders them all but inaccessible. But in luckier instances they can also play with your expectations in such curious ways you feel compelled to reconsider everything you see.

Indian director Suman Ghosh’s Aadhaar is set against the backdrop of the country’s nationwide campaign to register its 1.3 billion citizens via a biometric ID card introduced in 2009. The story begins in a remote village where most of the inhabitants have never ventured out of town and don’t even understand the idea of IDs. It takes the traveling officials a lot of work to find a willing volunteer – Pharsua the thirty-something village potter (Vineet Kumar Singh). As the first recipient of the Aadhaar (meaning “foundation”) Card in the region, Pharsua is celebrated like a hero and becomes the government’s shining poster boy. That is, until the local mystic tells Pharsua that his ID number is so ominous his beloved wife Rani will die if the card is not returned within seven days.

Now I’ll be the first to admit I’m no expert on Indian cinema, but this central plotline sounds to me like a promising, wonderfully original premise ripe for comedic treatment. So imagine my surprise when Aadhaar unravels very much like a straight drama with a big message, chronicling with great sympathy Pharsua’s journey as he demands the government to take back his ID card. There probably are a few scenes that carry a humorous undertone, focusing on the frustration of officials who can’t get through to Pharsua about how a number printed on a piece of plastic cannot harm his wife. But otherwise the film squarely refuses to play any turn of events for laughs. Instead, everything from the matter-of-fact direction to Singh’s heartfelt performance and the prominently melancholic score seems to suggest that Rani is in fact going to die if our hero cannot complete his task in time.

The utter lack of satire takes some getting used to as the scenarios can feel pretty preposterous at times. But then I do have to wonder if it’s me who’s unfairly judging the film based on my own assumptions, or worse yet, if I’m judging this character from a self-proclaimed enlightened place?

Indeed, while I still believe there’s a solid comedy to be made from the same storyline, I’ve come to respect Ghosh’s decision to side–narratively and emotionally–with Pharsua. His pursuit might lack the support of reason, but is the story of a decent, extraordinarily persistent man any less compelling for it? More importantly, the sincere storytelling really lays bare a common ruling class indifference that often fuels other forms of governmental cruelty.

We see how the collection and databasing of private information from billions of people is promoted as responsible governance. But why do officials on all levels have such difficulty explaining what good it actually does for someone like Pharsua? And, as misguided as his motivations may be, why does Pharsua have to justify his decision to be out of the system again anyway? Why, as soon as he’s been sent the cursed ID card, can’t he find anyone who would even engage with him anymore? As he remarks at one point: “The government watches everything I do, but why wouldn’t they listen to me?”

And so what I thought would be in the Farrellys’ wheelhouse turned out to be more of a Dardennes’ joint. For my sensibilities, the dramatic tone is still a slightly awkward fit, but that doesn’t take anything away from the striking originality of the premise itself. The film also does a good job illustrating the gigantic gap between rural and urban life in contemporary India, thereby underscoring the sheer impossibility of communication between both worlds. This is in no small part the contribution of Singh, who gives a warm and endearing performance that anchors the film. Any lesser level of commitment from him wouldn’t have convinced you it’s not a comedy, and any performance that doesn’t burst with such genuine concern and vulnerability wouldn’t have stopped you from laughing at this character. Pharsua might not be the most sophisticated of creations, but in Singh’s hands, he comes off as a most dignified human being.