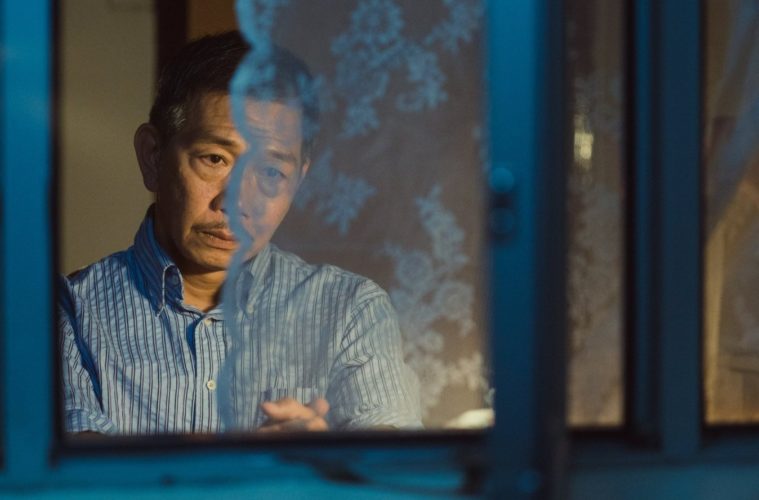 Queer cinema has made great strides in recent years, allowing every letter on the LGBT-banner to be prominently represented at major film festivals worldwide. In terms of representation, however, the issue of ageism still needs to be redressed. Whether it’s Elio and Oliver in Call Me by Your Name, the proudly bisexual titular heroine of Pablo Larraín’s Ema, Daniela Vega as the unforgettable Marina in A Fantastic Woman, or Céline Sciamma’s ladies on fire, these are all characters in their youth/prime. With regard to telling stories about older people, the track record of queer cinema is probably as bad as its non-queer counterpart.

As such, it’s gratifying to see Hong Kong director Ray Yeung pick up the slack with Suk Suk (meaning “uncles” in Cantonese) and be reminded how love remains just as potent and complex when liver spots start to grow as when those first pimples popped.

Pak (Tai-Bo) is a granddad who wouldn’t give up his cab-driving career. He provides for his wife, adult children and granddaughter like the countless quietly hard-working Chinese patriarchs of his generation. There might be just one slight difference that he also goes cruising at public toilets every now and then. That’s where he meets Hoi (Ben Yuen), a divorced retiree with a son and granddaughter of his own. The two closeted gay men start a sexual relationship that gradually grows into something deeper, finer that asks them to re-think two lives spent casually/dutifully in lies.

With age comes physical change as well as mental, personal baggage. And I’m glad Yeung openly embraces all these aspects when he tackles the subject matter. Starting from the first intimate scene between Pak and Hoi, the optics are not dominated by lithe, muscular bodies one often sees in gay-themed romances, but by lined, relaxed torsos which seek closeness more than release. In the bathhouse that the two frequent for their rendezvous, the patrons don’t look like male models but people who’ve been through enough to not care about abs anymore. Even though sex is still clearly on everyone’s mind–and Yeung never shies away from the fact that it’s sexual needs that first brought Pak and Hoi together–there’s a caring, communal atmosphere that subtly accentuates the age group depicted.

An emotional attachment eventually arises out of this arrangement of convenience, after both men get to know each other more. But, as the film sensitively suggests, love is a tricky proposition for these two 70-ish characters. There’s a lot at stake now that each has built a “normal” family in spite of their true feelings. Why ruin that illusion and hurt so many people when the one thing to gain – the prospect of spending the rest of their lives with each other–seems such a silly and all too finite notion anyway?

Yeung does a beautiful job illustrating this dilemma. In lucid, carefully nonjudgmental strokes, he recreates the easy familiarity of (hetero-normative) family life that both men have gotten used to. It’s not only a support system that has offered them comfort but a sanctuary that has shielded them from scrutiny for decades. At the same time, Yeung captures something quite special about this late-blossoming romance. Beyond the attraction and companionship, it triggers memories of loss and regret in both men as they come to realize this may be the last chance for them to live their truth.

The two leads are excellent. Neither role is outwardly showy (justifiably so), requiring both actors to emote and affect from within, and they sure bring it. Tai-Bo’s character is humdrum, inarticulate, conditioned by millennia of Chinese masculinity code to never talk about feelings. He’s the man of the house and feels responsible for the well-being of everyone in his care. But you can tell when it comes to questions of what he wants and what he needs, he doesn’t even have the vocabulary to verbalize them. In a scene late in the film where Pak’s son all but begs him to retire and enjoy life for once, the following shot of Tai-Bo sitting in the dark, silently considering the concept of happiness maybe for the first time ever, reveals such an utterly selfless understanding of life it breaks your heart. Yuen is wonderfully compelling as well. His character has been involved in the local gay community and is more eager and mentally ready to face his true self in pursuit of love. In the scene where he shops and cooks for his first formal date with Pak, he expresses that barely contained joy of someone in love so convincingly you just want to soak in its glow.

Indeed, if there’s one complaint to be made about the tender and wise Suk Suk, it’s that it could actually benefit from going a bit longer. The film leaves us in a semi-cliffhanger, which is effective and evocative in its own right. But I think in this instance the great character development warrants a next step, and audiences probably wouldn’t mind spending some minutes more with their new favorite guncles.