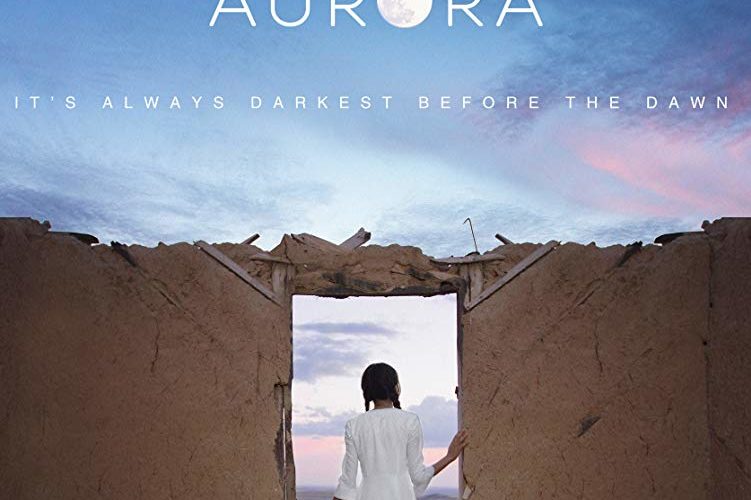 As Asia’s premier film festival, Busan offers a comprehensive look at the latest cinematic gems from the vast continent, including the often neglected region of Central Asia. Hailing from Kyrgyzstan, writer/director Bekzat Pirmatov’s feature debut Aurora is an at times profoundly strange, at times simply profound postmodern parable. It marks the arrival of a potent new voice and deserves to be included in any festival lineup – Asian or beyond.

The episodically-structured film begins with an extended prologue: a newsreel informs us of a sanatorium called “Aurora,” a relic from the Soviet era tucked away in the mountains. We proceed to meet a middle-aged lady at a bar in said lakeside resort/institution who starts a rather silly argument with the bartender over the way he addresses her. The incident is followed by another, seemingly unrelated one in the restaurant next door, where a veteran TV presenter is getting pestered by a boorish fan and his maybe-girlfriend, ending with a shocking bang. Only then, about 20 minutes in, does the movie properly “open” with a splendid title sequence accompanied by alarmingly elegant orchestral music.

As far as overtures go, this one sure gets your attention. Everything about it, from the improbable scenarios, the narrative disconnect, to the exotic, conflicting aesthetics, feels odd. Are we in a time warp? Is this some sort of parallel universe? An elaborate play rehearsal? Do people simply talk and behave this strangely in Kyrgyz-Soviet sanatoriums? Beneath the farcical, neatly combed surface lies such a sense of crazed hyperbole you don’t know whether to laugh or be nervous about it, and that’s exhilarating.

The film proper continues to mess with your head as it introduces ever more over-the-top characters caught in bizarre situations, including an anonymous S&M date gone wrong, three potheads getting beat up by an old hypnotist, and a group of Chinese businessmen bent on destroying a message inexplicably found on a brand new iPhone. There’s little risk in spoiling the movie, by the way, because whatever you think it is about, it probably is not about that. Which is not to say there’s just hot air and chaos. At some point you do start to recognize many of these people from the sneakily interlocking storylines. You’ll get the fatalistic jokes and the political nature of everything left unsaid. A design would surface.

In many ways, Aurora feels like the perfect companion piece to Ukranian maestro Sergei Loznitsa’s latest Cannes entry Donbass. Both resort to fractured narratives with an absurdist flair to express deep, existential anxieties of former Soviet states. While their backdrops and specific concerns obviously differ, it’s astonishing to note the similarities in tone and vision. In both cases, the heavy use of metaphors served in surrealist packaging is immediately eye-catching and grips you with an air of great mystery. And while you might not fully understand what you just saw by the end, both leave you with a paralyzing sense of powerlessness – something so sad the only way to talk about it is to make fun of it.

Pirmatov shows remarkable talent in non-linear, expressionistic storytelling. No matter how nonsensical a scene appears, there’s a constant, seductive pull throughout the film that betrays a precision of instincts and control. This man not only knows how to make things genuinely weird, but how to keep you just confused enough to succumb yourself to his whims. He is mightily supported by the film’s three DPs and the original music provided by Aleksandr Yurtayev. The former crafts a truly distinct, disturbingly timeless look that places you in the middle of fabulous void. The latter uses the most soothing and familiar notes of classical music to further reinforce the unrealistic quality of what you see. One can debate about the eloquence with which the film communicates its message, but the illusion is real and for a solid hour and a half you’re under its spell.

Just this year Kazakh filmmaker Emir Baigazin, already a Berlinale winner for Harmony Lessons, won the Best Director prize in the Horizons sidebar of the Venice Film Festival for his challenging, quietly rewarding slow cinema gem The River. Aurora can’t be more different as film and will hopefully help draw the world’s attention to the untapped cinematic potential of Central Asia.