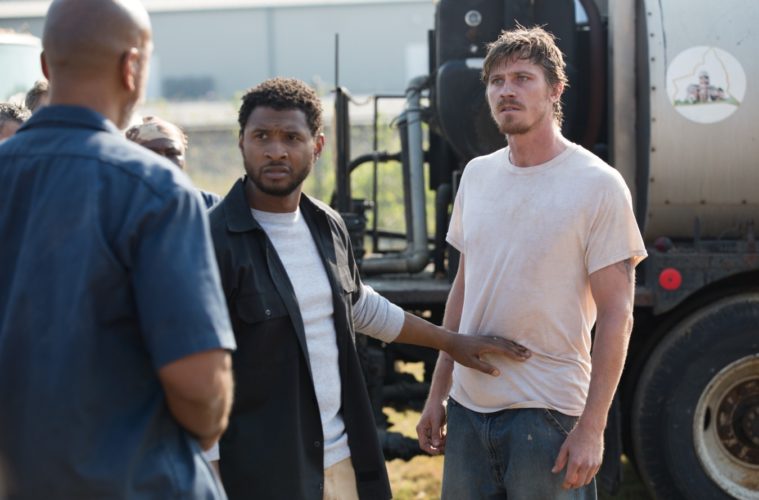 The Current War isn’t the only long-delayed film finally arriving in theaters. 101 Studios, the same distributor that revived the Benedict Cumberbatch-led feature will be giving life to Burden, a drama which will be released over two years after it premiered at Sundance Film Festival and picked up an Audience Award. Directed by Andrew Heckler and starring Garrett Hedlund, Forest Whitaker, Tom Wilkinson, Andrea Riseborough, Tess Harper, Crystal Fox, and Usher, the film follows the story of a KKK member who is awakened to a new path in life as he seeks redemption.

Dan Mecca said in his review, “There’s a clear desire to dig into the complexities of prejudice in Burden, written and directed by Andrew Heckler and based on the true story of Mike Burden. The ambition throughout is admirable, though the execution wavers a bit in spots. Garrett Hedlund stars as the titular character, a Ku Klux Klansman living in South Carolina. He puts in work as a repo man for Tom Griffin (Tom Wilkinson), a KKK leader and supremely evil person. Mike’s doing his best to come back from years of military service overseas, mumbling through his sentences and walking with a handful of limps and ticks. It’s a whole lot of performance from Hedlund, whose choices stay consistent and ultimately build themselves into the narrative.”

When a museum celebrating the Ku Klux Klan opens in a small South Carolina town, the idealistic Reverend Kennedy (Academy Award®-winner Forest Whitaker) resolves to do everything in his power to prevent long-simmering racial tensions from boiling over. But the members of Kennedy’s congregation are shocked to discover that his plan includes sheltering Mike Burden (Garrett Hedlund), a Klansman whose relationships with both a single-mother (Andrea Riseborough) and a high-school friend (Usher Raymond) force him to re-examine his long-held beliefs. After Kennedy helps Mike leave behind his violent past, the Baptist preacher finds himself on a collision course with manipulative KKK leader Tom Griffin (Tom Wilkinson). In the face of grave threats to himself and his family, the resolute Kennedy bravely pursues a path toward peace, setting aside his own misgivings in the hopes of healing his wounded community. From Oscar®-nominated filmmaker Robbie Brenner (Dallas Buyers Club) and writer/director Andrew Heckler comes this dramatic true story of compassion and grace in the American South.