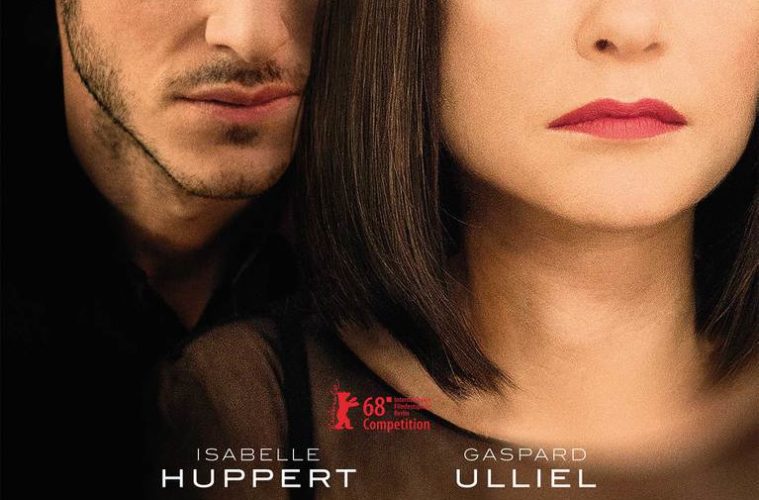 Berlin Review: Isabelle Huppert Goes Through the Motions in the Preposterous ‘Eva’

You may struggle to name a dull Huppert performance, but as Eva, the great French actor is going through the motions. She plays the titular character, a secretive escort to the rich who finds herself besotted by Ulliel’s Bertrand, who himself has closely-guarded backstory.

As the film opens, Bertrand, a gigolo himself, is visiting an esteemed English playwright–we know this because the script has him say “I won the Booker Prize once.” Just as he’s about to do his business, our elderly gentleman croaks. The playwright leaves a manuscript of his latest theatre work, which Bertrand doesn’t hesitate to steal, destroying evidence of its provenance by chucking the old man’s computer into the Seine.

Cut to the closing night of the play, enigmatically titled “Passwords,” in Paris, and Bertrand is now the toast of the town. Always looking like he’s come straight from one of Ulliel’s Chanel commercials, Bertrand now has a beautiful girlfriend and €20,000 upfront for his next project. But the double life is cutting into sanity, the cracks are beginning to show. He escapes to the Alpine slopes to concentrate on his new project.

It’s there he meets Eva, in the implausible locale of the local casino (of all the plot holes, the most egregious might be how Jacquot doesn’t know how playwrights don’t have the cash to splash several thousand euros on a night out). A continually plot hole-ridden cat-and-mouse game of sexual appetites ensues.

Eva, based on James Hadley Chase’s novel, was previously filmed in 1962 by Joseph Losey as a vehicle of Jeanne Moreau, in a film widely recognized as having been hacked together by producers after the film’s completion. Jacquot’s version seems to have been doomed from the start. Even the opening titles, with which the “V” in “EVA” is colored in bloody red to evoke some sort of brooding menace, ends up looking cheap and signals the film is basically dead on arrival.

Jacquot’s script aims for Hitchcockian thrills, but there’s lack of tension, and repetitive, ludicrous melodrama. Even as the twists of the script eek out, the flat direction makes everything seem perfunctory. It’s difficult to know how seriously to take some scenes, especially towards the ridiculous final scenes, due to a lack of simple internal logic. Even the make-up is piss-poor–if ever I need a good chuckle, I’ll think back to Gaspard Ulliel’s stick-on beard in the finale.

This is the third dud in a row that Jacquot has had in competition at a major festival, after Three Hearts at Venice and Diary of a Chambermaid in Berlin. If Eva is anything to go by, the third strike should be the last.