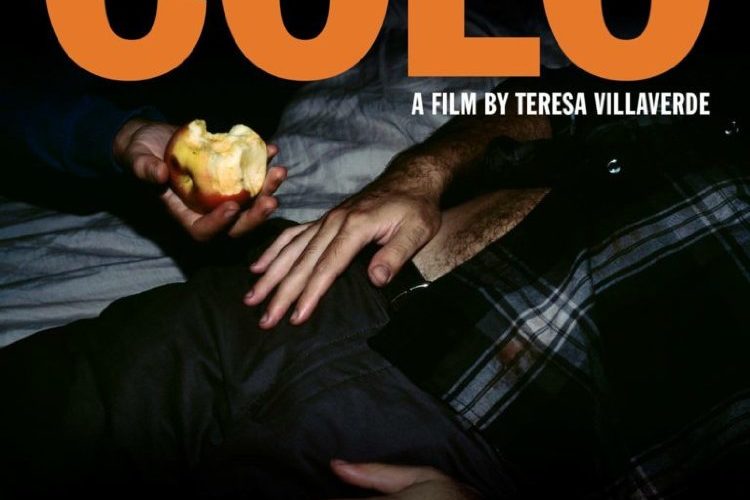 Berlin Review: ‘Colo’ Will Leave One Provoked and Blissfully Mystified

Full disclosure: this reviewer was not the biggest fan of Miguel Gomes’ Arabian Nights trilogy. Hailed as masterpiece(s) by most, the 6.5-hour docu-fable could just as easily alienate viewers through its abstruse cinematic language and an overall undersupply of charm. While films certainly don’t have to be plot-driven, it’s much harder to remain engaging or even approachable when you communicate in coldly abstract terms.

Along came Colo, another Portuguese arthouse offering with a capital A set against the backdrop of the country’s economic recession. It’s not only the longest film in competition at this year’s Berlinale but also its most obstinately enigmatic. As with Arabian Nights, traditional storytelling is stripped to a bare minimum here. The way writer/director Teresa Villaverde plays with suggestion and symbolism, however, proves immensely seductive, leaving one teased, provoked, blissfully mystified.

To be sure, the quiet, deliberately-paced drama doesn’t make it easy for a viewer. Its first hour consists mostly of mundane routines and interactions between a working class family of three. At the center is 17-year-old Marta (Alice Albergaria Borges) who, whenever she’s not searching for her often missing parents, likes to stay in with her pet bird or wander listlessly around the beach. The unemployed Dad (João Pedro Vazis) is equally withdrawn and known to put a bucket over his head for no reason when taking a bath. Mom (Beatriz Batarda) has little time for monkey business since she’s occupied with working multiple jobs to pay the bills. As such her presence is more felt than seen, her almost robotic composure when confronted with bizarre situations or emergencies scarcely offering any insights into her psyche.

In short, Colo has a flimsy relation to logic-based narrative. Random incidents are described without much context. Characters drift along, showing little certainty or purpose in what they do. As if looking inside an aquarium, the film observes them in their palpably confined habitat with something of an intimate detachment. On top of the repetitiveness and isolation, what it most vividly captures is a profound sense of powerlessness that threatens to suffocate all involved.

Indeed, whether young or old, the people in Colo don’t quite understand what’s happening to them or how they might turn things around. Electricity could be cut off overnight with no regard for the food that’d rot in the fridge. The closest partners can’t be sure what their other half is up to and instinctively fear abandonment. When things one holds dear suddenly perish, it seems that not even the mental capacity to grieve is available. Signifying direct parallels to a country still plagued and disoriented by an ongoing economic crisis, the ostensibly barren story surrounding an ordinary family soon opens itself up to a world of metaphorical possibilities. Vital for the encouragement of such lively, open-ended reading of the film is its striking visual design. Spaces both indoor and outdoor, as well as the characters’ relation to them, are presented with great care. How the family flat lights up amidst a darkened cityscape reinforces the impression of watching a microcosm reflecting back on larger constellations. How Dad stares longingly up at the silhouette of a violin player producing precious music from inside a roadside mansion illustrates a world divided, where any dreams of improving one’s own circumstances against those of the rich and powerful seem laughably naive. Using prominent compositions rich in contrast and bold, expressive colors, Villaverde managed to perfect the look for a cavernous, eerily beautiful void where the sorrows of the everyman unfold. Eloquent in all ways non-verbal, the imagery never ceases to intrigue and, however austere the narrative gets, it keeps inviting the viewer back into its depths.

One could say that while Cannes basically enjoys unspoken monopoly over the latest oeuvres from A (and A+)-list filmmakers, the Berlinale can often be counted on to celebrate lesser-known auteurs doing challenging, exciting work. In that sense, Colo is exactly the kind of movie one comes to Berlin hoping to find.