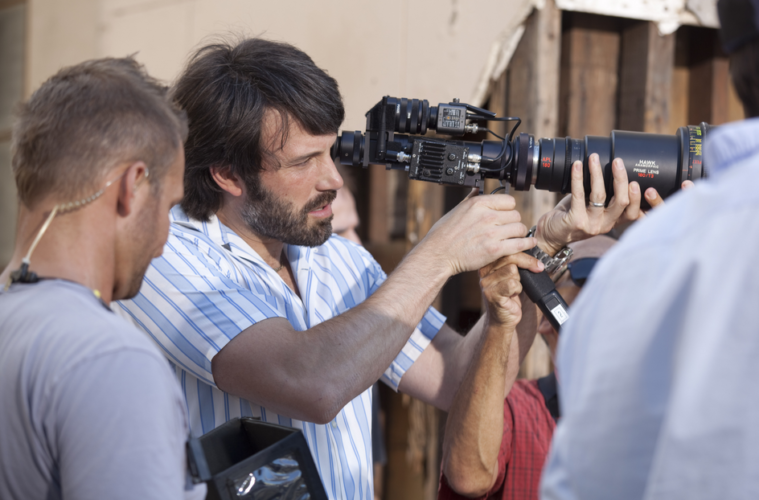 One of the major practices in Hollywood is releasing news related to the upcoming weekend’s big releases in order to add to the buzz. We can’t say we blame them, and we’ll even jump in on the fun ourselves, as Warner Bros. goes ahead and announces Ben Affleck‘s fourth film as director, following up this week’s Argo. Deadline has the scoop, which pits the talent with author Dennis Lehane once again, as well as returning to Boston.

After adapting his novel Gone Baby Gone into a stellar first feature, Affleck will now step in as writer, director, producer and star for another one of his works, Live By Night. We heard back in April that Leonardo DiCaprio would star in the project, but that is not the case as the movie shifts to Affleck’s company Pearl Street instead. Taking a few characters from his previous novel The Given Day, Lehane explores Prohibition in 1926. While the author pushes forward with a trilogy, Affleck is set to just take on this project — and what an enticing one it is. Released only a week or so ago, read the synopsis of the book below via Amazon:

Boston, 1926. The ’20s are roaring. Liquor is flowing, bullets are flying, and one man sets out to make his mark on the world.

Prohibition has given rise to an endless network of underground distilleries, speakeasies, gangsters, and corrupt cops. Joe Coughlin, the youngest son of a prominent Boston police captain, has long since turned his back on his strict and proper upbringing. Now having graduated from a childhood of petty theft to a career in the pay of the city’s most fearsome mobsters, Joe enjoys the spoils, thrills, and notoriety of being an outlaw.

But life on the dark side carries a heavy price. In a time when ruthless men of ambition, armed with cash, illegal booze, and guns, battle for control, no one—neither family nor friend, enemy nor lover—can be trusted. Beyond money and power, even the threat of prison, one fate seems most likely for men like Joe: an early death. But until that day, he and his friends are determined to live life to the hilt.

Joe embarks on a dizzying journey up the ladder of organized crime that takes him from the flash of Jazz Age Boston to the sensual shimmer of Tampa’s Latin Quarter to the sizzling streets of Cuba. Live by Night is a riveting epic layered with a diverse cast of loyal friends and callous enemies, tough rumrunners and sultry femmes fatales, Bible-quoting evangelists and cruel Klansmen, all battling for survival and their piece of the American dream. At once a sweeping love story and a compelling saga of revenge, it is a spellbinding tour de force of betrayal and redemption, music and murder, that brings fully to life a bygone era when sin was cause for celebration and vice was a national virtue.

Are you looking forward to Affleck’s fourth feature?