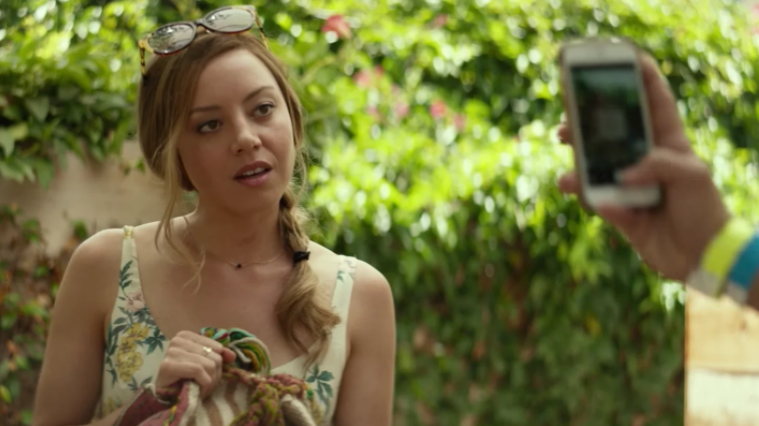 In this digital age where we find ourselves living vicariously through social media, it can be difficult to separate internet “likes” from actual human interaction. Aubrey Plaza deals with such issues, and then some, in Matt Spicer’s unhinged dark comedy Ingrid Goes West. Plaza plays a social media stalker who moves to LA with the hopes of befriending Instagram influencer Taylor Sloane (Elizabeth Olsen). Needless to say, this has none of the makings of a healthy relationship.

Reviewing the film at Sundance, we said, “In his directorial debut, Matt Spicer gets right what so many other films commenting on today’s technology obsession fail to capture: the aesthetic appeal of the technology. As Ingrid becomes attracted to Taylor’s seemingly perfect lifestyle, a flurry of her flawless Instagram posts rush onto the screen in visually overwhelming fashion, backed by Nick Thorburn‘s pop-infused score. By selling this appearance of the picture-perfect life, we can have a stake in Ingrid’s mission, despite how unhinged she comes across.”

Ingrid Thorburn (Aubrey Plaza) is an unhinged social media stalker with a history of confusing “likes” for meaningful relationships. Taylor Sloane (Elizabeth Olsen) is an Instagram-famous “influencer” whose perfectly curated, boho-chic lifestyle becomes Ingrid’s latest obsession. When Ingrid moves to LA and manages to insinuate herself into the social media star’s life, their relationship quickly goes from #BFF to #WTF. Built around a brilliantly disarming performance from Aubrey Plaza, Ingrid Goes West (winner of the Waldo Salt Screenwriting Award at Sundance) is a savagely hilarious dark comedy that satirizes the modern world of social media and proves that being #perfect isn’t all it’s cracked up to be.