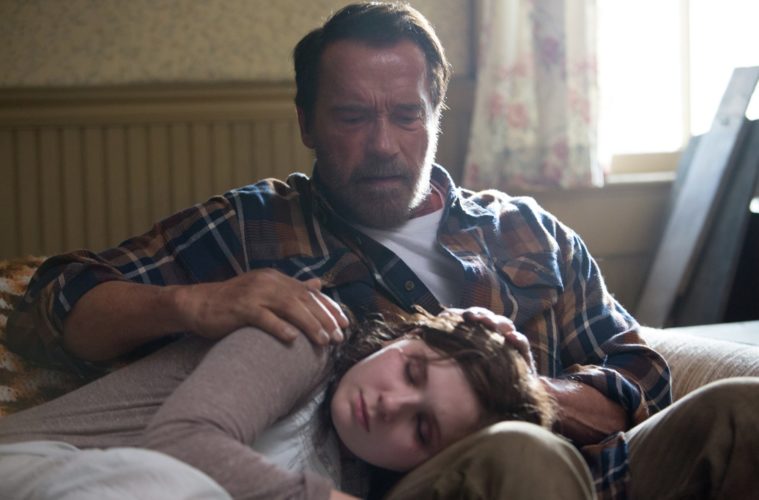 After being pulled at the last minute from the Toronto International Film Festival line-up when distributor Lionsgate/Roadside Attractions came on board, they figured a better fit for the zombie drama Maggie would be the Tribeca Film Festival. Ahead of a debut there in late April — a few weeks before it officially arrives — they’ve now premiered the first trailer.

Directed by Henry Hobson, the story follows Arnold Schwarzenegger setting out to protect his infected daughter (Abigail Breslin) when a zombie epidemic is threatening the world. It looks to be a refreshingly small-scale, compelling drama with the zombie aspect simply a backdrop, and we’ll find out soon if that’s the case. Also starring Joely Richardson, Laura Cayouette, and Dana Gourrier, check out the trailer below.

There’s a deadly zombie epidemic threatening humanity, but Wade (Arnold Schwarzenegger), a small-town farmer and family man, refuses to accept defeat even when his daughter Maggie (Abigail Breslin) becomes infected. As Maggie’s condition worsens and the authorities seek to eradicate those with the virus, Wade is pushed to the limits in an effort to protect her.

Maggie will be released in theaters and on demand on May 8th.