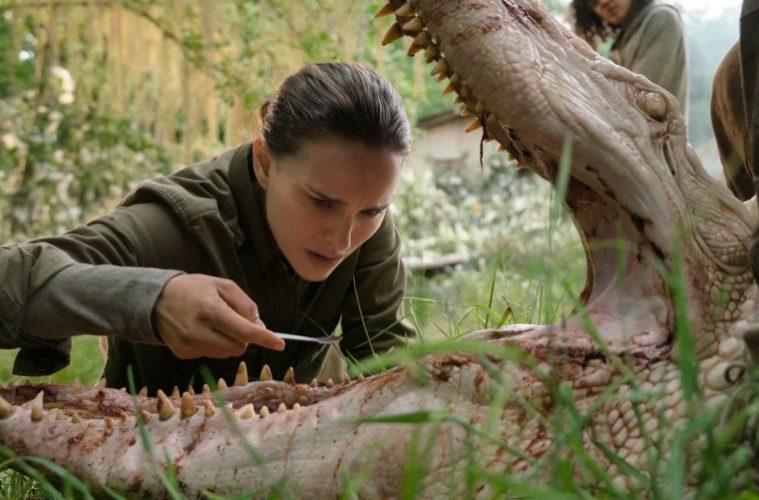 While we’ll be getting a sci-fi blockbuster behemoth with Blade Runner 2049 soon, one of our next most-anticipated films in the genre is Alex Garland‘s Ex Machina follow-up Annihilation, an adaptation of Jeff VanderMeer’s first book in the Southern Reach trilogy.  Starring Natalie Portman, Gina Rodriguez, Tessa Thompson, Jennifer Jason Leigh, Oscar Isaac, and David Gyasi, the film features a group of women — an anthropologist, a surveyor, a psychologist, and a biologist  — who embark on a dangerous, secret expedition where the laws of nature don’t apply.

“I can tell you it’s mind-blowing, surreal, extremely beautiful, extremely horrific, and it was so tense that our bodies felt sore and beat-up afterwards,” the author said earlier this year after an early screening. “It’s actually more surreal than the novel. There are a couple places where I was like, ‘I might need an anchor here.’ The ending is so mind-blowing and in some ways different from the book that it seems to be the kind of ending that, like 2001 or something like that, people will be talking about around the watercooler for years.”

Ahead of a release early next year, the first trailer has now arrived and can be seen below.