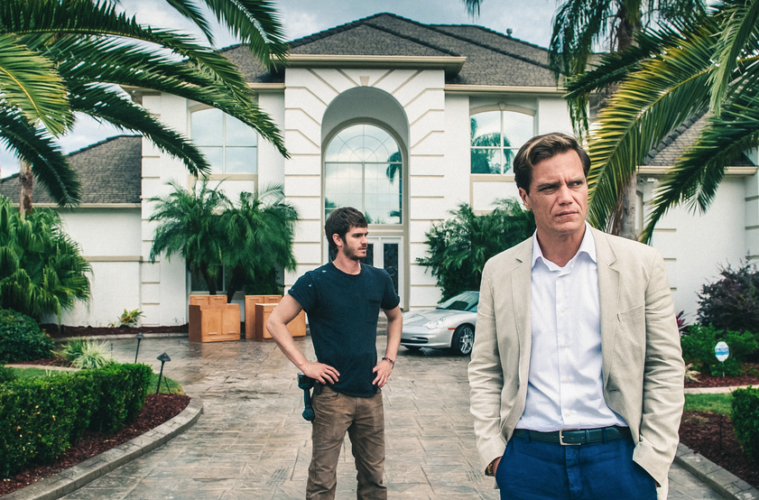 Following showings at Toronto, Venice, Sundance, and more, the latest film from Ramin Bahrani (Man Push Cart, At Any Price) will finally arrive this fall in theaters. 99 Homes follows the story of a construction worker Dennis Nash (Andrew Garfield) as he struggles to make ends meet and is evicted by real estate agent Rick Carver (Michael Shannon), only to go on to work with him.

We said in our review, “Co-written by Iranian master Amir Naderi – an inspiration and “older brother” to Bahrani – 99 Homes is too blunt and single-minded to fully realize its potential, but nuance persists in the smaller moments. The affecting, multiple evictions quickly become a leitmotif, each time played out with new layers of pathos by Garfield and Shannon. I only wish that Bahrani didn’t sacrifice some of the ambiguity of his earlier works to get such a point across.”

In this timely thriller, when single father Dennis Nash (Golden Globe nominee Andrew Garfield) is evicted from his home, his only chance to win it back is to work for Rick Carver (Academy Award nominee Michael Shannon), the ruthless businessman who evicted him in the first place. It’s a deal with the devil that may save his family home, but as Nash falls deeper into Carver’s web, he finds his situation grows more brutal and dangerous than he ever imagined.