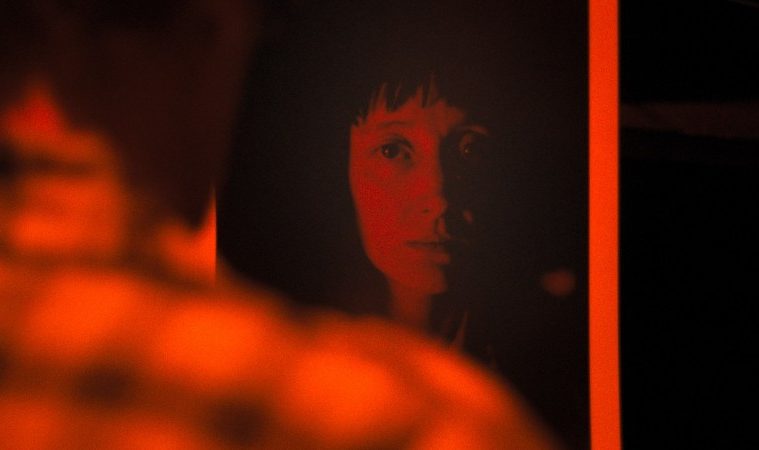 Bringing not one, not two, not three, but four films to Sundance Film Festival this year, Andrea Riseborough was clearly the star of the festival. Along with The Death of Stalin, Burden, and Mandy, her most substantial performance is in Christina Choe’s NANCY. The drama follows the actress as a woman in upstate New York who believes she might be the missing daughter of a couple, and things get stranger from there.

“Riseborough has been around and good for a long time, but this feels like a major step forward for the actress,” Dan Mecca said in his review. “Between the strange black hair, the crooked, awkward grins and the wide, revealing eyes, her Nancy is hard to forget. Rarely speaking above a mumbled whisper, Riseborough lives inside this character with such depth that’s it’s easy to get lost in each moment. Consider one scene in which she begrudgingly has her photo taken. Without a word, we feel everything in her mind. Reluctance, fear, flattery. It truly is astonishing stuff.”

NANCY is a provocative psychological thriller about love, intimacy, and trust – and what happens when lies become truth. Craving connection with others, Nancy creates elaborate identities and hoaxes under pseudonyms on the internet. When she meets a couple whose daughter went missing thirty years ago, fact and fiction begin to blur in Nancy’s mind, and she becomes increasingly convinced these strangers are her real parents. As their bond deepens, reasonable doubts give way to willful belief – and the power of emotion threatens to overcome all rationality.