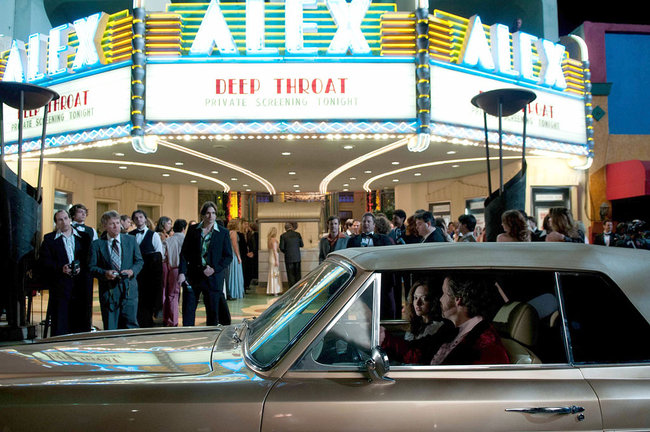 More images from the biopic Lovelace are out, and, as someone who appreciates accurate period costume and hair design, I am pleased. Just a few weeks ago we got a peek at James Franco sleazing it up as a young Hugh Hefner as he cozied up to a brunette Amanda Seyfried, who really looked the part of porn star Linda Lovelace. The vintage feel of the film really comes through in some new stills that come courtesy of New York Times, among them a wide shot of Seyfried decked out in some disco era finery, and a nicely outfitted crowd shot outside a movie theater. Based on what I’ve seen so far, even if the movie doesn’t deliver in other areas, I think I’ll at least enjoy eyeballing all the great leisure suits and Halston dresses. Do the new images make you want to see Lovelace?