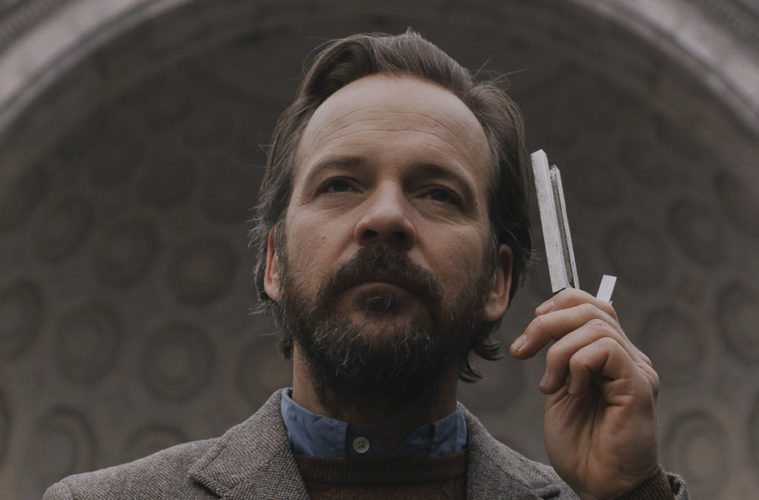 What if our happiness wasn’t solely predicated on our fruitful relationships, career success, or spiritual fulfillment, but rather the sounds around us? It’s this idea that drives music theorist and self-proclaimed house tuner Peter (Peter Sarsgaard) to the point of maddening obsession in The Sound of Silence. Following a Sundance premiere, Michael Tyburski’s debut film will arrive next month and IFC Films have now released the first trailer.

I said in my review, “The directorial debut of Michael Tyburski has a compelling hook as we go on this journey of aural perfection, but the follow-through leaves something to be desired. In terms of its thematic predecessors, The Conversation and Blow Out set an impossibly high bar, but even the narrative propulsion of those classics is lacking here as the story plays out in roughly the same monotone key.”

See the trailer and poster below for the film also starring Rashida Jones, Tony Revolori, Austin Pendleton, and Bruce Altman.

There are a symphony of almost undetectable sounds that make up a moment of silence, and Peter Lucian (Peter Sarsgaard) is determined to catalogue them all. Through his job as a New York City “house tuner,” the hyper-methodical Peter works meticulously to diagnose the discordant ambient noises—produced by everything from wind patterns to humming electrical appliances—adversely affecting his clients’ moods. When he takes on the particularly difficult case of Ellen (Rashida Jones), a lonely woman plagued by chronic exhaustion, Peter finds that the mysteries of the soul may be even greater than the mysteries of sound. A quietly moving portrait of a harmony-obsessed man learning to embrace the dissonances of human emotion, The Sound of Silence invites viewers to hear the world with fresh ears.

The Sound of Silence opens in theaters and on VOD on September 13.