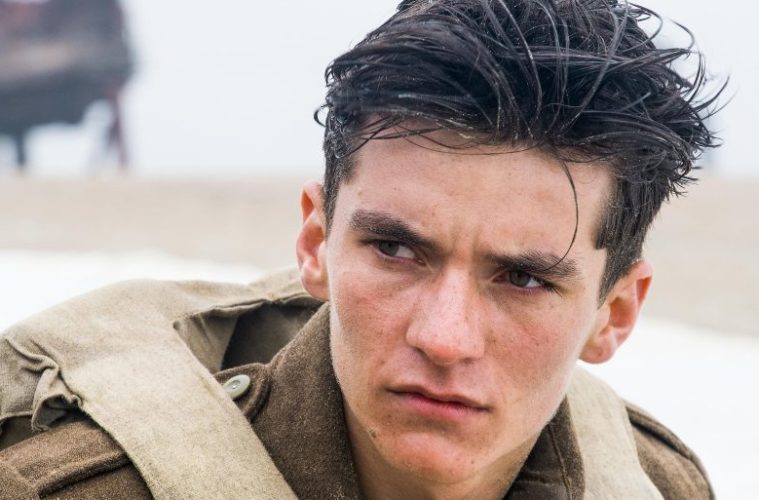 Free of superheroes, magic, a journey into the deepest recesses of the galaxy, subconscious exploration, and twist endings (at least we imagine), Dunkirk will hopefully show a different side from Christopher Nolan. With the war drama inspired by Operation Dynamo — a miracle of a mission in 1940 where nearly 340,000 Allied troops were rescued after being trapped by the Nazis in this northern area of France — there’s no shortage of material already available for those that want to know more about the event. First, however, we have some new details on Nolan’s film.

With a cast including Tom Hardy, Mark Rylance, Kenneth Branagh, Cillian Murphy, Fionn Whitehead, Aneurin Barnard, Harry Styles, James D’Arcy, Jack Lowden, and Barry Keoghan, Nolan recently singled out one of the players as the lead. “One of the key things you came across reading firsthand accounts of Dunkirk was how young and inexperienced these soldiers were. It felt very important to me, especially for Fionn’s part, to find somebody very new,” Nolan says to EW of Whitehead’s character, who plays the British private Tommy in his acting debut.

“I did a lot of swimming in a water-sodden wool uniform, hobnail boots, and with guns,” Whitehead adds, referencing the weeks of on-set preparation he had before shooting. “It was hard work, but I really enjoyed it. What’s life without a bit of a challenge?” For those looking to get a preview of the reason they undertook this challenge, back in 2004, BBC aired a three-hour docudrama about the events and while it doesn’t have the production quality that Nolan’s feature looks to, it makes for a great primer. It also marks one of Benedict Cumberbatch‘s early roles as he plays Lieutenant Jimmy Langley.

Check out the full docudrama below, split in three parts (Retreat, Evacuation, and Deliverance), as well as a new image from Nolan’s film.