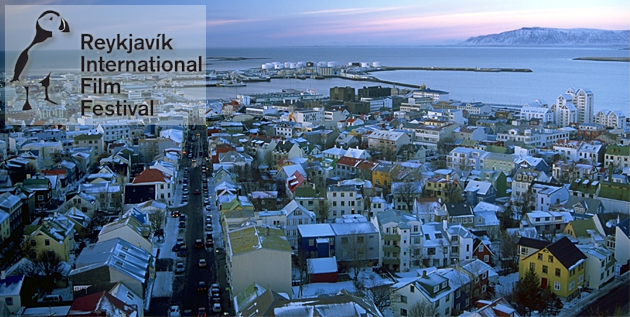 A RIFF Reaction: A Long Week Of Films In Reykjavik While Iceland is not the first country many would associate with cinema, it’s very much alive and well in the center of Reykjavik, the country’s capital. And never more alive than this moment of the year, with the Reykjavik International Film Festival fresh in everyone’s mind. It can’t compete with juggernauts like Cannes or Toronto or Sundance, and that, in many ways, is why the festival works so well.

Reykjavik, despite its political importance to Iceland, is a relatively small, tight-knit community stock full of art and artists on every corner. Unlike a bigger, grander festival, RIFF does not overtake the town, but rather becomes a part of it, another piece of art in a surprisingly calm city. The tickets are not expensive and the lines aren’t long. Fans dress up as everything from Darth Vadar to Borat to Superman as they enjoy the several brands of liquor sampled outside of the movie theaters before the screening begins. This is a beautiful, other-worldly land that’s calm tranquility is only the tip of the iceberg for reasons to explore and discover all around Iceland.

And the movies fit right in. There are no great premieres or swinging galas. Instead there are intimate Q&As and local films made for less than the cost of one movie star’s food budget. Featuring nearly 150 films from over 40 countries, RIFF keeps its focus on new, young talent. This year, its category New Visions featured everything from Beasts of the Southern Wild to filmmaker Sean Baker‘s  Starlet, which took home the Critic’s Award this year.

Founded in 2004 by a group of Icelandic filmmakers, including break-out director Balthasar Korkamur (who made it big with Contradband earlier this year), artists and film lovers, RIFF supports film enthusiasm while somewhat shamelessly promoting the strange, wonderful country in which it takes place. For example, RIFF’s Industry Days — held in the middle of the fest — offer Iceland the chance to pitch the cinematic opportunities of shooting locally while also providing local filmmakers the chance to show off their stuff to an international audience.

Below are a few highlighted from this writer’s RIFF experience: Mona – From documentary filmmaker Inara Kolmane, this small domestic drama, her feature debut, is a co-production of both Iceland and Latvia. Mona (Lauris Subatnieks) is living in the woods peacefully when she is discovered by businessman Thomas, who is immediately smitten with her. Cue a love triangle – and then quadrangle- involving Mona, Thomas and two pig butchers in the local town. Sex and violence morphs into a pagan horror show before this romance-thriller finally lets up.

Noise – Coming from Israel, this strange little documentary from Dan and Noit Geva concerns Dan himself, a man who has become consumed by the unnecessary noise surrounding him and his home in Tel Aviv, one of the noisiest cities on the planet. His attempts to lessen the amount he hears is both funny and tragic, quickly spiraling into madness. Running at a breath 70 minutes, the Geva’s are fully aware of the breadth of their tale, and while its sprawled-out pacing and sloppy style mostly ensure it will not see theaters in the U.S., one hopes it pops up on a strong cable network in the next year as an hour-long special.

Love is All You Need (and more from Susanne Bier) – Despite her recognition from the Academy for In A Better World in 2010, Danish filmmaker Susanne Bier still doesn’t get the credit she deserves as an original artist painting with familiar colors RIFF gave an Honorary Award to Bier, also screening a small collection of her films, past and present. Including the sublime After The Wedding, the early Open Hearts and this year’s Love Is All You Need, starring Pierce Brosnan.

Check out the list of winners below with more details on the official site: