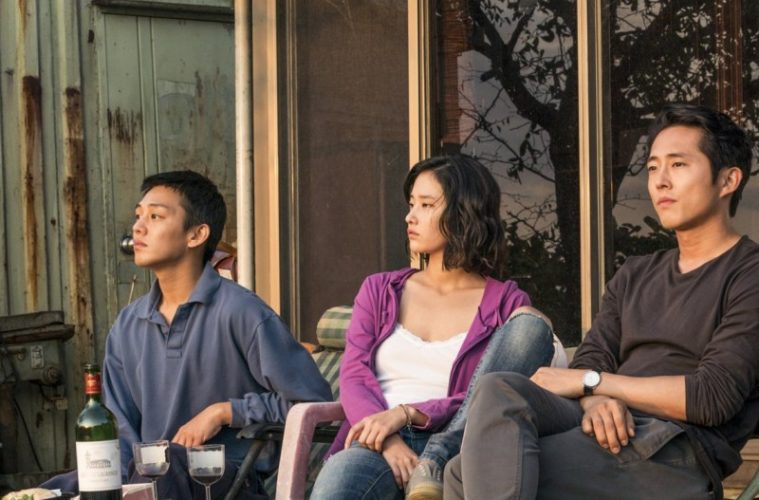 It’s not usual to wait eight years in between projects from a director, but when your films are as accomplished as those of Poetry and Secret Sunshine helmer Lee Chang-dong, he can take all the time he needs. One of the must-see films of the fall is the South Korean director’s adaptation of Haruki Murakami’s short story “Barn Burning,” starring Yoo Ah-in, Steven Yeun, and Jeon Jong-seo. Following an enthusiastic Cannes debut, it will now go on a fall festival tour before landing in U.S. theaters at the end of October, and Well Go USA have now released the first domestic trailer.

Rory O’Connor said in his review from Cannes, “Murakami is not a writer who lacks for a sense of humor, but one gets the sense he might not exactly have been leaning towards something quite so abruptly farcical when he wrote”Barn Burning.” However, depending on your devotion to the writer, that might prove a compliment. Lee is nothing if not a capable filmmaker, and even if his add-ons rob the plot of a great deal of its most delicious ambiguities, the resulting mood is more than enough of a pay-off. Beautifully shot by Bong Joon-ho’s sometime cinematographer Hong Kyung-pyo, Burning has the look and feel of a high-spec, adult psychological thriller, with echoes of Vertigo and maybe even Patricia Highsmith.”

See the new U.S. trailer below.

BURNING is the searing examination of an alienated young man, Jongsu (Ah-in Yoo), a frustrated introvert whose already difficult life is complicated by the appearance of two people into his orbit: first, Haemi (newcomer Jong-seo Jun), a spirited woman who offers romantic possibility, and then, Ben (Steven Yeun, THE WALKING DEAD, SORRY TO BOTHER YOU), a wealthy and sophisticated young man she returns from a trip with. When Jongsu learns of Ben’s mysterious hobby and Haemi suddenly disappears, his confusion and obsessions begin to mount, culminating in a stunning finale.

Burning opens on October 26 and expands on November 9.