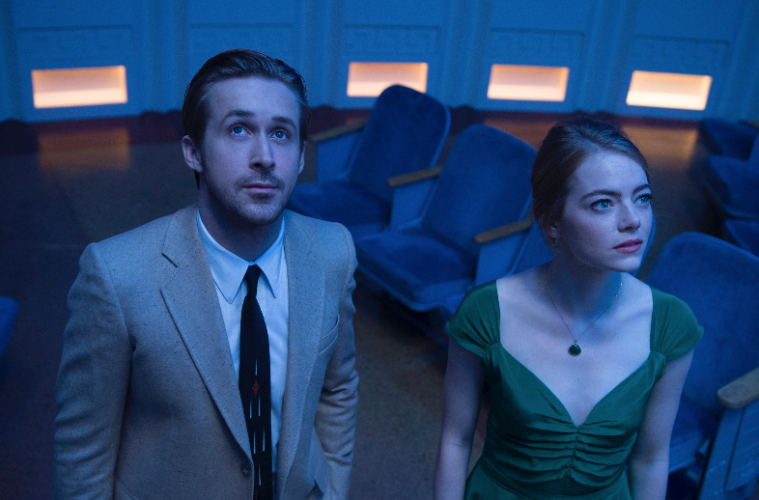 The year is coming to an end, and as you catch up on all the excellent offerings from home, there’s remain a plethora of reasons to make your way to the theater. It should be noted that many of the below titles will expand wider come January, so check your local theater listings. If you’re in NYC, one of the year’s best documentaries, I Am Not Your Negro, will be getting a one-week run at Metrograph starting December 9, so seek it out of you’re close by, and look for it in this feature come February.

Synopsis: An unlikely pair venture to the Indonesian jungle in search of gold.

Why You Should See It: Syriana helmer Stephen Gaghan is finally back in the director’s chair with Gold, led by Matthew McConaughey and Edgar Ramirez. The Weinstein Company recently moved its wide release back a month, but it’ll still get a qualifying run at year’s end. We’d be there solely for the fact that it’s shot by Robert Elswit, but with Gaghan’s talent this looks to be an entertaining, Wolf of Wall Street-esque tale.

Why You Should See It: In America’s current state, it’s apparent that there can be no shortage of reminders of our history’s racial barriers. The latest film in this category is Hidden Figures, from St. Vincent director Theodore Melfi and starring Taraji P. Henson, Octavia Spencer, and Janelle Monáe. With early reactions hinting at a stirring, feel-good story of inspirational achievements in the space race, it’s definitely something to look for in this crowded season.

Synopsis: A middle aged carpenter who requires state welfare after injuring himself, is joined by a single mother in a similar scenario.

Why You Should See It: Ken Loach was back at Cannes this year, returning after what was thought to be his swansong, and where he picked up the Palme d’Or. We said in our review, “There was a lingering sense that the passion might have gone, but the great social realist has returned to the Croisette this year with fire in the belly and injustice on the mind. I, Daniel Blake is his most urgent and perhaps finest film in years.”

Synopsis: The Rebellion makes a risky move to steal the plans to the Death Star.

Why You Should See It: Despite the bad buzz surrounding its massive reshoots, I’m still holding out hope that Gareth Edwards‘ prequel will be one of the better Star Wars entries, considering the pedigree both in front of and behind the camera. With a cast led by Felicity Jones, Ben Mendelsohn, Alan Tudyk, Mads Mikkelson, Forest Whitaker, Diego Luna, Donnie Yen, Riz Ahmed, Jonathan Aris, and James Earl Jones, it’s certainly the most varied, promising ensemble yet in this franchise, and we’ll soon find out if they pulled it off.

Synopsis: Did you know that God is alive and lives in Brussels with his daughter?

Why You Should See It: After the wildly ambitious sci-fi feature Mr. Nobody (which we named one of the best of the century thus far), director Jaco Van Dormael is back with The Brand New Testament, a comedy that imagines what would happen if God existed on Earth — and he’s not exactly what you might assume. After premiering at Cannes last year and earning a Golden Globe nomination (as well as nearly making the final Oscar cut), it’ll finally arrive this month. We said in our positive review, “If you were to take the charm and playful visual language of Jean-Pierre Jenuet’s Amelie and pair it with a blistering satire of religious dogma, the end result would look something like The Brand New Testament.”

Synopsis: An African-American father struggles with race relations in the United States while trying to raise his family in the 1950s and coming to terms with the events of his life.

Why You Should See It: Coming together fairly quickly this year, Denzel Washington and Viola Davis have reprised roles that earned them Tony’s by leading a film adaptation of the Broadway play Fences. This long-in-the-works feature, based on work from playwright August Wilson, has been screening for select groups the last few weeks, and early word is that the performances are among the year’s best. Check back for our review soon.

Synopsis: After a casual encounter, a brokenhearted woman decides to confront her life and the most important events about her stranded daughter.

Why You Should See It: Some have been lukewarm on Julieta, the latest film from Pedro Almodóvar, but my admiration for his adaptation of Alice Munro‘s work has only grown in the months since seeing it. Along with blossoming into an affecting portrait of guilt, it’s worth seeing for Almodóvar’s use of colors and immaculate production design alone. We said in our review, “It’s charmingly self-aware in its use of kitsch and melodrama — almost to the point of self-parody — and, while small in scope, it’s also one of his lusher and leaner offerings.”

Synopsis: The story of three women who explore love and freedom in Southern California during the late 1970s.

Why You Should See It: Beginners director Mike Mills is finally back this year, and he’s brought along Annette Bening, Elle Fanning, Greta Gerwig, and Billy Crudup with him. We said in our review, “Has Mike Mills ever been unsympathetic to another human being? If his two most recent features, Beginners and this year’s NYFF centerpiece selection, 20th Century Women, were the only available evidence, one might be inclined to think not.”

Synopsis: Jackie: Following the assassination of President John F. Kennedy, First Lady Jacqueline Kennedy fights through grief and trauma to regain her faith, console her children, and define her husband’s historic legacy. Neruda: An inspector hunts down Nobel Prize-winning Chilean poet, Pablo Neruda, who becomes a fugitive in his home country in the late 1940s for joining the Communist Party.

Why You Should See Them: He’s been working as a director for over a decade, but 2016 heralds the international break-out for Pablo Larraín. Not only did the Chilean filmmaker’s subversive drama The Club arrive earlier this year, this month he two formally dazzling features arrive just a few weeks apart: the harrowing Natalie Portman-led drama Jackie and the mystifying, but ultimately satisfying Neruda starring Gael García Bernal.

Synopsis: A father tries to reconnect with his adult daughter.

Why You Should See It: While it doesn’t quite measure up to her first two features, there’s a reason Maren Ade‘s Toni Erdmann is one of the most-praised films of this year. We called it “a masterpiece” at Cannes, saying in our review that “the sheer breadth and extent of its emotional impact more than compensate for these weaknesses. In the end, even diamonds have flaws, and as far as cinematic ones go, Toni Erdmann is dazzling.”

Synopsis: A philosophy teacher soldiers through the death of her mother, getting fired from her job, and dealing with a husband who is cheating on her.

Why You Should See It: If last month‘s Elle wasn’t proof enough that Isabelle Huppert is one of our greatest actors, let Mia Hansen-Løve‘s wonderful, lived-in drama Things to Come further support this fact. We said in our review, “While Hansen-Løve certainly deserves credit for writing such a compelling character, it’s difficult to imagine anyone realizing Nathalie as consummately as Huppert, who, even by her exceptionally high standards, pulls off a superlative performance.”

Synopsis: A jazz pianist falls for an aspiring actress in Los Angeles.

Why You Should See It: After breaking out with the intense drama Whiplash, Damien Chazelle is back and looks to have taken a 180-degree turn in terms of tone. As we said in our review, “There’s a great recurring gag in Whiplash director Damien Chazelle’s La La Land — a beautiful, audacious, aesthetically vibrant, and enchanting contemporary musical — when Ryan Gosling’s struggling musician, Sebastian, throws a few disparaging comments towards a samba/tapas joint that has taken the place of a legendary jazz club. Sebastian refers to this juxtaposition as a joke on history; La La Land is a film obsessed both with juxtapositions and jokes on history. It’s a twinkling surface examination of how humans try to coordinate their dreams with their reality (a very Hollywood conundrum), but also a celebration of just how wonderful old filmmaking techniques and emotions look and feel on modern L.A. streets.”

Synopsis: Set in the present in Paterson, New Jersey, this is a tale about a bus driver and poet.

Why You Should See It: Jim Jarmusch proved he was back in a major way with Only Lovers Left Alive a few years ago, and the streak certainly continues with Paterson, a calm, introspective drama with such positive views on marriage and creativity that I was left floored. As we said in our review, “Although Paterson is still marked by Jarmusch’s hip proclivities and nostalgia, its restrained aesthetic and Driver’s sublime, understated performance render it the director’s most recognizably human and poignant film.”

Synopsis: In the seventeenth century, two Jesuit priests face violence and persecution when they travel to Japan to locate their mentor and propagate Christianity.

Why You Should See It: After being in development for nearly three decades, Martin Scorsese‘s long-awaited Silence will finally arrive this month. Featuring Andrew Garfield, Adam Driver, Tadanobu Asano, Ciarán Hinds, and Liam Neeson, the adaptation of Shūsaku Endō‘s praised novel has been screened for a select few, and the results are mighty promising. We’ll have our review within the first half of the month, so make sure to check back.