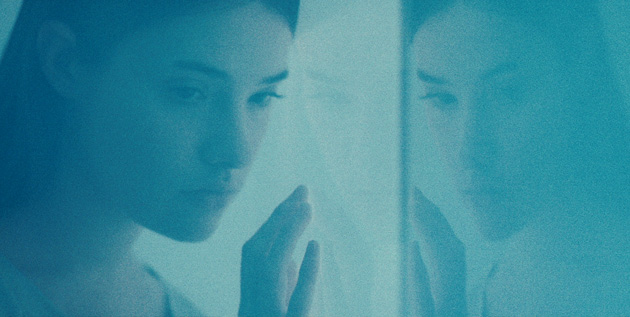 Perhaps the most contentious summer blockbuster season yet is now upon us, but May mostly brings excellent limited releases to the table. Aside from the picks below, some of which are on VOD already, this month also officially kicks off our first look at the most promising films of the year, as Cannes rolls our their red carpet. Stay tuned for our coverage and check out our ten films to see this month below.

Synopsis: British retirees travel to India to take up residence in what they believe is a newly restored hotel. Less luxurious than its advertisements, the Marigold Hotel nevertheless slowly begins to charm in unexpected ways.

Why You Should See It: This month The Avengers may round up Marvel’s top superheroes, but think of this small drama from the director of Shakespeare in Love and last year’s The Debt as the best-of when it comes to our finest acting elders, with Judi Dench, Bill Nighy and Tom Wilkinson rounding out the ensemble.

Synopsis: The heroic story of a dictator who risks his life to ensure that democracy would never come to the country he so lovingly oppressed.

Why You Should See It: The marketing for Sacha Baron Cohen‘s latest comedy has thus far hinted at a decline from Borat and even Bruno, but I’m still holding out hope that the actor has something worthwhile in store for The Dictator. Positive impressions from the first screening at CinemaCon last week posited the movie actually works quite well and we’ll all be able to find out soon if that is indeed the case.

Synopsis: Follows the dramatic journeys of indie game developers as they create games and release those works, and themselves, to the world.

Why You Should See It: While Hollywood is still trying to crack the code of a successfully videogame adaptation, this month we have a documentary that takes a look at the nitty gritty of actual development of these games. Instead of big developers, the doc takes an insightful look at the struggles of independent creators. Read our review from Sundance and look for the film in limited release this month.

Synopsis: On a mission to rid society of its most repellent citizens, terminally ill Frank makes an unlikely accomplice in 16-year-old Roxy.

Why You Should See It: While his follow-up to World’s Greatest Dad is not as successful as that dark comedy, comedian Bobcat Goldthwait is still strikingly on point when it comes to picking a part the atrocious nature of pop culture. It can feel a bit sketchy and preachy at times, but there’s enough good here to be well worth a watch. One can also check it out on VOD.

Synopsis: Nick Fury of S.H.I.E.L.D. brings together a team of super humans to form The Avengers to help save the Earth from Loki and his army.

Why You Should See It: While I was decidedly mixed on the actual film, there is no denying that Marvel’s long-awaited superhero mash-up is one of the biggest events of the year and a mostly enjoyable way to kick off the summer blockbuster season. While it lacks any sort of stakes or an involving villain, Whedon has injected much-needed comedy and does a swell job balancing each superhero, providing a wet dream for fanboys.

5. Beyond the Black Rainbow (Panos Cosmatos; May 18th)

Synopsis: Despite being under heavy sedation, Elena tries to make her way out of Arboria, a secluded, quasi-futuristic commune.

Why You Should See It: I first saw this divisive sci-fi ’80s throwback a year ago at Tribeca and it’s finally making its way into theaters this month. Equal parts creepy, funny and downright stylistic, this will not be an experience easily forgotten. While the pickings may be slim, see it in a theater will the best sound equipment for the ultimate experience.

Synopsis: After he becomes a quadriplegic from a paragliding accident, an aristocrat hires a young man from the projects to be his caretaker.

Why You Should See It: Already set for a US remake, it’s easy to see what’s so enticing about this French hit. While the premise could make for an overtly melodramatic film, The Intouchables is quite the opposite. An excellent dynamic between our two leads provides one of the most touching, often hilarious dramas of the year thus far. Check out our review for a complete take.

Synopsis: A drug heist goes wrong, as Vincent, a wounded lieutenant, ends up with a huge bag of coke. The bag of coke belongs to a powerful mob boss/nightclub owner named Jose, who kidnaps Vincent’s son in hopes to reclaim his property. Vincent has until the end of the night to return the stash and save his son.

Why You Should See It: If this film was released theatrically last month, it would have easily knocked The Raid off the number one spot. While that film packed more wall-to-wall action, this Die Hard in a night club has better characters and a more well-rounded story. It’s already on VOD, so there should be nothing stopping you. Read our positive reviews from Tribeca and TIFF.

Synopsis: One day in the life of Anders, a young recovering drug addict, who takes a brief leave from his treatment center to interview for a job and catch up with old friends in Oslo.

Why You Should See It: While it’ll likely be getting the smallest release of any film on this month’s list, that should not dissuade you from keeping Joachim Trier‘s drama on your radar. Following up his excellent Reprise, this film has been everywhere from Cannes to Toronto to Sundance and now it’s finally getting a proper bow. Read our glowing review from the festival circuit.

Synopsis: A pair of lovers flee their New England town, which causes a local search party to fan out and find them.

Why You Should See It: Making a top ten spot in our most-anticipated films of the year list, it’s no surprise that Wes Anderson’s next feature is our top pick this month. Packed with perhaps his best ensemble yet with Bruce Willis, Edward Norton, Bill Murray, Frances McDormand, Tilda Swinton and Jason Schwartzman, this return to live-action looks to be just as imaginative and charming as his other works.

What films are you looking forward to this month?