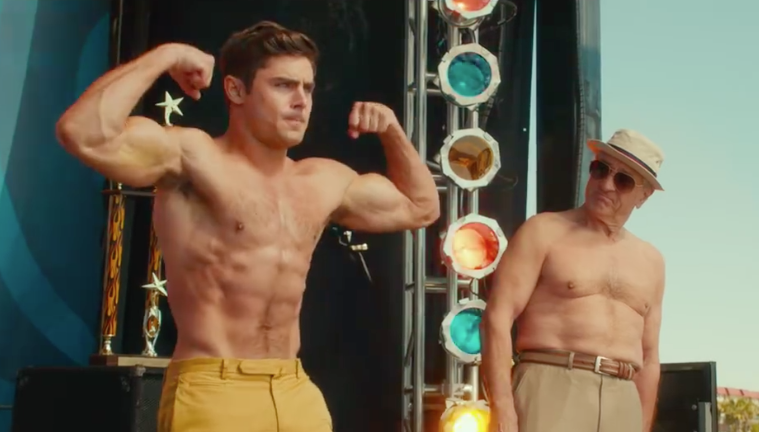 After impersonating one of his most famous characters, Travis Bickle, in Neighbors, Zac Efron has now teamed with Robert De Niro for a new project and, well, it looks like a far cry from Taxi Driver. The raunchy comedy Dirty Grandpa follows the pair as they take a road trip from Georgia to Florida with plenty of hijinks along the way.

Coming from director Dan Mazur, co-writer of Borat, Bruno, and more Sacha Baron Cohen films, the first trailer has now landed and certainly shows a darker side than your run-of-the-mill studio comedy. However, with a unpromising January release date and not quite hitting any comedic high notes in the trailer, it’s got a decent amount working against it. Also starring Julianne Hough, Zoey Deutch, Aubrey Plaza, Dermot Mulroney and Adam Pally, check out the trailer below and a truly horrendous poster attempting to parody The Graduate.

Preppy attorney Jason Kelly (Zac Efron) is one week away from marrying his boss’s uber-controlling daughter putting him on the fast track for a partnership at the firm. However, Jason is tricked into driving his aging grandfather, Dick (Robert De Niro) from their hometown in Georgia to Dick’s Florida vacation home days before the wedding. Dick, however, is anything but aging. After a fifteen-year hiatus from sex, a very virile Dick is ready for a road trip filled with sex, drugs, Sinatra and is hell bent on having the ride of his life.