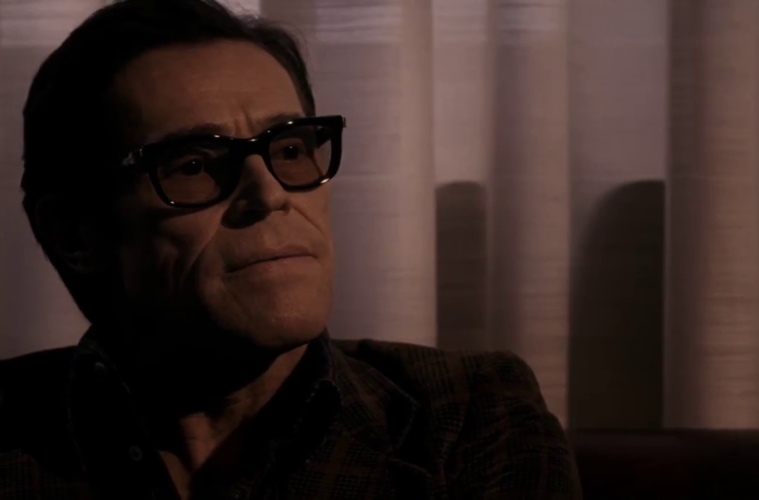 For those in New York City, this spring is an Abel Ferrara jubilee. Tribeca Film Festival will host the world premiere of his new documentary The Projectionist, which follows Nick Nicolaou, a figure deeply embedded in the city’s exhibition history. Then, the Museum of Modern Art will host a career retrospective throughout the entire month of May, titled Abel Ferrara Unrated. Finally, Kino Lorber has announced they have picked up the director’s Pier Paolo Pasolini biopic, which premiered way back at the 2014 Venice Film Festival, for a release starting at NYC’s Metrograph on May 10 before expanding. Following the final days in the Italian director’s life,  a new trailer and poster and have now debuted for the drama.

Tommaso Tocci said in our Venice review back in 2014, “Before being beaten and run over with his own car on the beach of Ostia’s Idroscalo, Pasolini was busy with the release of his last film, Salò, giving prophetic interviews (even suggesting the now-famous title “We are all in danger”), working on Petrolio (an experimental novel) and Porno-Teo-Kolossal (the film he was writing at the time). While the intellectual is only hinted at, Ferrara recreates these moments by looking for the man himself, especially in the key relationships with his mother (Adriana Asti) and actor-friend Ninetto Davoli (Riccardo Scamarcio). It’s an absorbing portrait, particularly compelling when relying on Pasolini’s own words, which we hear verbatim through original letters and interviews.”

See the trailer and poster below. One can also get ready for even more Ferrara as he’s now finally shooting Siberia with Dafoe and Zama star Daniel Giménez Cacho, Excelsior reports.

The Roman life and the imaginary worlds of Pier Paolo Pasolini intermingle in Abel Ferrara’s retelling of the final days in the life of the fifty-year-old filmmaker and writer, in a lovely, haunting film that draws on his last interview and envisages scenes from an unmade final film and his incomplete novel, Petrolio. Willem Dafoe, regally exhausted, is the spitting image of the murdered director, and Pasolini’s beloved muse Ninetto Davoli returns to “finish” his friend’s work, but Ferrara wisely never attempts to merely ape Pasolini’s style, instead offering one iconoclastic artist’s tribute to another, a biopic that busts the boundaries of the form and a passion project decades in the imagining that gives Pasolini’s final moments on the beach at Ostia the terrible sanctity of the Passion. – Metrograph

Pasolini opens on May 10 at Metrograph.