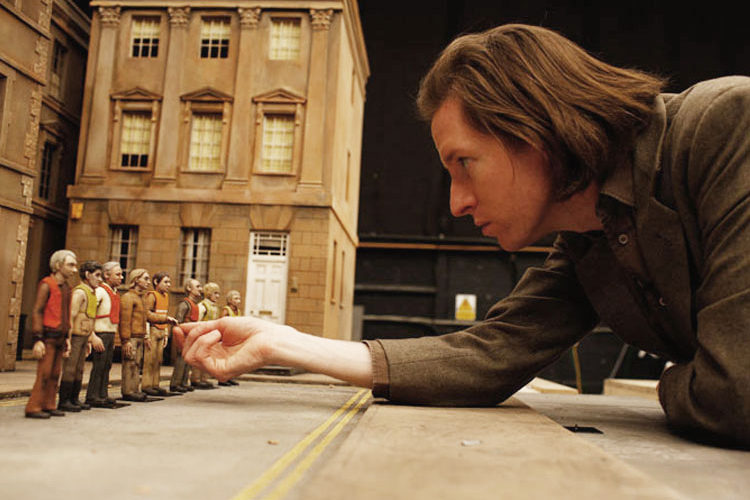 Update: Jeff Goldblum has told Nerdist that he will lend his voice to the stop-motion animation as well as Bob Balaban, Edward Norton, and Bryan Cranston — playing a pack of dogs — and that it will be “Japanese-inspired,” although no further details beyond that were given. Check out the original story below.

Considering the fairly quick turnaround from Moonrise Kingdom to The Grand Budapest Hotel, one might have hoped a similar timetable was in store for Wes Anderson’s feature, but 18 months since the release of the latter, it’s clear that won’t be the case. The only hint of a potential new film arrived about a year ago when we learned he was considering a return to stop-motion animation for a multi-episode project that found inspiration in Vittorio De Sica‘s six-part, 1954 anthology picture The Gold of Naples.

We finally have an update and while his Grand Budapest follow-up will be stop-motion, it won’t be the aforementioned project. According to The Playlist, the newly revealed film will revolve around dogs and pre-production has already started. Unfortunately, no further details beyond that were revealed, but perhaps we can glean a bit into the approach based on his previous films.

From Fantastic Mr. Fox‘s villainous beagle to Moonrise Kingdom‘s arrow-pierced terrier to The Life Aquatic‘s dog that gets a smack from Jeff Goldblum to an incident involving dog’s blood (and then worse) in The Royal Tenenbaums, we are already feeling sorry for the leading hounds in his next project. Then again, after having a cat get thrown out the window in his last project, perhaps it’ll be a Cats & Dogs remake and felines better watch out. Speculation aside, the reports that Anderson will return to the process that led to one of his most well-crafted films is means for celebration.

As we await more details — including what will surely be a major voice cast — check out his masterclasses from Lisbon & Estoril Film Festival last year, where he revealed details on his De Sica-inspired project, which is now on the backburner.

Are you looking forward to Wes Anderson returning to the world of stop-motion?