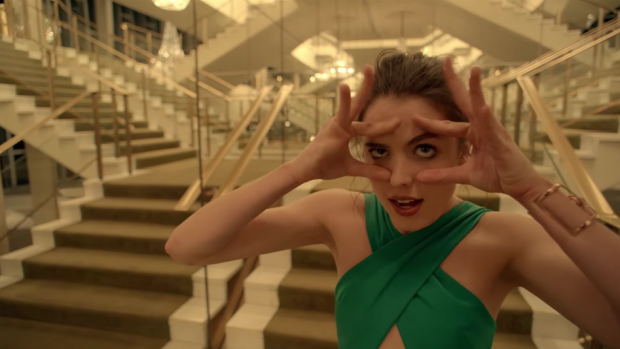 It’s been a little while since we heard from Spike Jonze, whose last public work was the video for Kanye West’s “Only One” — and which, sure, actually stands as one of his more emotionally enriching efforts, but still lasts less than four minutes. To tide over the fans until his next feature (whenever that may come) is My Mutant Brain, yet another short work that, despite functioning a commercial for KENZO World’s latest perfume, is nothing to brush off. At a mere 3:48, this stands as one of the most lively and restless things Jonze has ever brought us.

It helps that I can’t entirely identify the point where a fragrance is being sold. (As a music video for his brother Sam Spiegel‘s new song, “Mutant Brain,” performed with Ape Drums, it’s a far more effective mode of delivery.) Rather, the commercial features Margaret Qualley as a woman who escapes from a suffocating social event — don’t adjust your computer for the first 50-or-so seconds — and expresses herself through… well, you can always see for yourself. This is much more about kineticism and form than scent or, for that matter, buying something, and what decent person would complain about that?

Watch it below (via Indiewire):